True Love Stories: The Princess and The Dragon

"Once upon a time...," starts every great fairy tale filled with make-believe people searching for romance in fictional story worlds. But what if "once upon a time" in this real world, there was a real love story in the works? One better than a fairy tale?

Anybody who said happily ever afters do not exist in real life has not read today's featured true love story crafted so cleverly by a woman--or in the story sense "princess"--named Tiffany! :)

Curious to find out how a happily ever after can exist between married lovers in this day and age? Read this modern day fairy tale and discover why it's not only possible, it's beautiful!

Once upon a time a red-haired princess sat alone in her tower gazing out at a distant land. Though she was fair of face and form no prince had come to free her from her isolation. She dreamed of the time when she could escape the tower and live free. Her only relief came through the benevolence of a queen far away who let her attend a gathering of scribes once each year.

'Twas at the third one of these gatherings that she beheld a strange sight. A great blue-eyed dragon stood before the assembled scribes and spoke in a tongue most strange. Yet something about the dragon captivated the fair lady. Perhaps it was the longing she caught in his face or the quiet manner in which he held his audience of scribes captive. Thus, when once more in her lonely tower, she sought out the dragon through enchanted letters.

Now far away in his lair the great blue eyed dragon found these magical missives quite to his liking. Though he had been enchanted by other fair maidens who fled at his presence, and heard many frightful tales of princesses, he found this one to be far from threatening. At the fourth gathering of scribes, the sweet maiden and scaly beast formed an unlikely friendship, sharing merriment and meals together, and piquing the interest of the scheming madams of the land.

Something stirred in the hearts of the princess and the dragon even then. Though the dragon feared some sorcery might be afoot, he found the princess to be quite different from the ones he'd previously encountered.


The princess locked in her tower, sought to break the spells binding her heart through this connection with the dragon. Their messages continued to flow, and their friendship blossomed.

In the year of the fifth gathering of scribes, in the land of the lone star, the Unseen Hand who had been weaving the threads of these lives together quickened the loom. Though the blue-eyed dragon was loath to admit it, the red-haired princess had stolen his heart.

For three long months, the dragon fought against the tug of his love, and the princess did the same. Despite the counsel of several scribes in the far off land, the bond between her and the dragon could not be broken.

At last, wearied from his struggle, the dragon succumbed to the sweet bliss of the maiden's charms and flew to her tower. There, with a single kiss, the great dragon was transformed into a handsome blue-eyed prince with the gleam of the dragon still in his eyes. He swept her from her tower and carried her among the stars. From that glimmering sea, he plucked the brightest spark and pledged his undying love.

As it was proclaimed throughout the kingdom, from scribe to scribe, the fair princess, Tiffany Amber Miller, gave her consent to marry the noble prince, Stuart Vaughn Stockton, on the 28th day of the 7th month of the 2007th year. Festivities and celebrations took place throughout the kingdom, for this was the first marriage of two members of the esteemed scribes.

When last we left the fair princess, Tiffany, she had given her consent to marry the noble prince, Stuart Vaughn Stockton. Festivities abounded to celebrate the auspicious event, both in Princess Tiffany’s kingdom and in the kingdom of Prince Stuart. All were present to welcome her to her new castle where she now lives with her prince in jolly bliss. 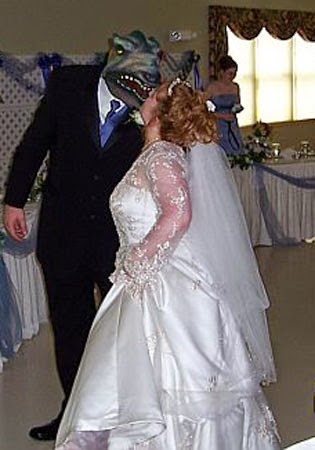 Months passed as they adjusted to their new shared lives. The spells that bound her heart to her prince’s grew even stronger. The three-fold cord that ties these two together is stronger than any force that might attempt to break them apart.

After a year, their thoughts turned toward the flourishing of their new kingdom. After all, a kingdom cannot thrive if it does not grow. A few weeks later, the news they anxiously awaited finally arrived.

Do allow us to share that joyous decree with you now:

King Stuart and Queen Tiffany would like to announce the coming arrival of a wee bairn some seven months hence.

Thus, it was proclaimed throughout the kingdom and all neighboring lands, from scribe to scribe, in the early days of the 4th month of the 2009th year, we welcomed the arrival of the new little princess, and the child was christened into the world of the scribes.

Now, the fair queen, Tiffany, her beloved King Stuart, and the little princess Victoria prepare for yet another celebration. When last we met with this beloved family, the wee Victoria had yet to make her presence known to the world. Festivities abounded to welcome the darling to her new home. All came out to celebrate the much-anticipated event, and the details were recorded in the kingdom registry, preserved for all time.

Nearly seventeen months aft, the kingdom saw yet another addition to the royal family.

And thus, it was proclaimed in the early days of the 4th month of the 2011th year, we welcomed the arrival of a new little prince, Richard. The child followed in the footsteps of the eldest sibling, joining Victoria in the world of the scribes.

And so they now live…happily ever after.

For more about Tiffany's real life, visit the "About" section of her official website,
http://www.amberstockton.com/aboutamber.html

Tiffany Amber Stockton has been crafting and embellishing stories since childhood, when she was accused of having a very active imagination and cited with talking entirely too much.

Today, she has honed those childhood skills to become an award-winning author and speaker who has partnered with Nerium International in the anti-aging skin care industry, helping others look younger and live better.

She lives with her husband and fellow author, Stuart Vaughn Stockton, in Colorado. They have one girl and one boy, a Retriever mix named Roxie and and Australian cattle dog named Timber. She has sold seventeen (17) books so far and is represented by agent Sandra Bishop of the TransAtlantic Agency.

Buy books by Tiffany via www.amberstockton.com/books.html under the feature for Brandywine Brides 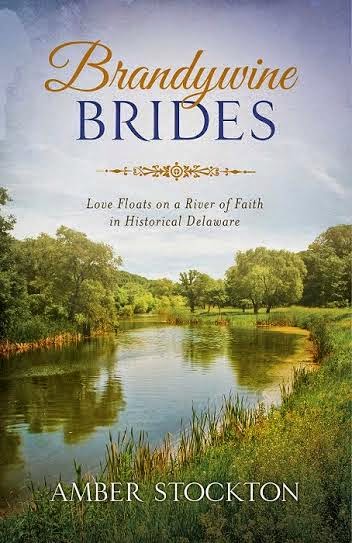 Nestled amid the beauty of historical Delaware, three generations of bookstore owners find love grows out of a shared love for great literature. Charlotte Pringle is pressured by her parents to marry advantageously, but while Richard Baxton loves her, he cannot provide for her because all his finances go to help his niece walk again.

Grace Baxton is on the search for a missing heirloom book. Andrew Bradenton offers to help her, but his past mistakes cast him in a suspicious light, even while a dashing suitor catches Grace’s eye. After the loss of his friend and her brother on the Titanic, Aaron Stone encourages Lillian Bradenton to restore her hope by bringing a boarded-up bookstore back to life.

Will each woman’s literature-inspired dreams lead her to the right man of faith and devotion?
Posted by Alexis at Tuesday, February 17, 2015