True Love Stories: How We Met

Who knew that connecting with kindred spirit family friends over Sunday dinner and a later on, a romantic date blooper involving a milkshake would make two people know they were meant for each other and lead to marriage?

God knew! Read on to find out how God's providence was in the details of making a marriage dream reality for Julie Arduini.

I was a recent college graduate definitely not looking for romance. I had a job I loved and was trying to find my place as a fairly new Christian. Looking back, I can see God’s hand clearly in our getting together.

Before I met Tom, I was friends with his family. Before I graduated college I worked in a shoe store and got to know the assistant manager. As we became friends, she talked about the Sunday dinners she enjoyed with her in-laws. She invited me and my sister and suddenly we were loving the Sunday dinners, too.


The Arduini family would mention the second son, Tom, but because he lived an hour or so north of us, he wasn’t there. My sister and I joked he didn’t exist. With six siblings, we knew all of them but him. We were friends with four of the Arduini “boys” and the only daughter. “Tom? Who’s he?” I joked through the dinners.

On April 30, 1995, I was running late, late enough I missed a dinner the family invited my sister and me to. I arrived to find everyone had left for the next activity, but there was Tom with his two children from his first marriage. I had vacation pictures with me from the cruise I took with my sister and felt awkward showing a stranger, but he asked to see them. We talked and when I looked at the clock, it was three hours later. That made me even later for the other plans I had for the day.

That night I met up with his family at the bowling alley, still running late. Tom was there, a surprise, and didn’t tell his siblings we’d talked, so they wondered where I was. Frustrated, I continued with the evening, laughing with this fun family. Later, I returned home and my mom asked why I was late.

“Ugh. I’m not happy. I finally met Tom, the older brother, who never bothered to tell the others we’d been talking and made me even later, so the rest of them were worried.”

Mom smiled. “Do you think he’s interested in you?”

I went upstairs to bed and heard mom laugh. She somehow knew he was “the one” and wrote our meeting on the calendar.

After that weekend, he kept showing up for weekend visits. I thought he missed his mom, but his sister-in-law, my friend that I had worked with, called to tell me the truth. Tom called her, wondering if I was seeing anyone. He told her he had feelings for me and wanted to ask me out. Imaging her shock when I admitted I too was interested.

When he finally asked me out, I was scared we’d break up and I’d lose the friendship with his family. A Christian all of one week, he said there’d be no breaking up. He knew we were going to marry. He felt God had showed Him this during prayer.

How did I know he was “the one?” There was his bold faith, and even bolder proclamation of love while visiting a dirt racetrack. But for me, it was solidified during a date when we were watching a movie on the couch and I had laryngitis. I’d guzzled a milkshake he bought me, chocolate of course, and I let out a burp I never saw coming. I was mortified at first, then when I saw him smile, we laughed and laughed. I knew he was it. He tells the kids that was the day he lost his hair because my burp blew it all away. 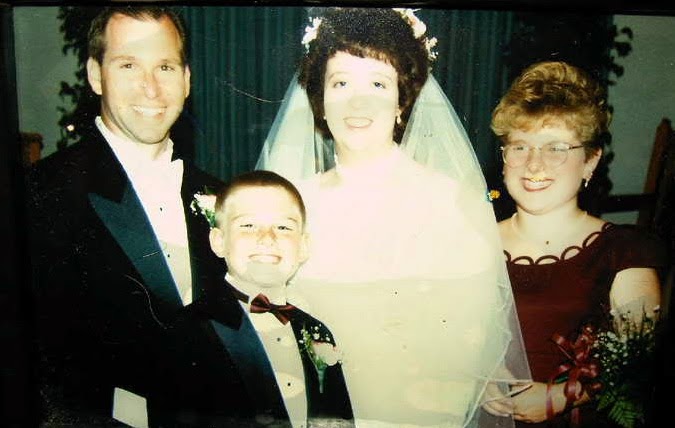 His two children are adults, both in Wisconsin, and we now have a son-in-law. We also have two children of our own, a junior in high school and a fifth grader.

God has been so good to us. 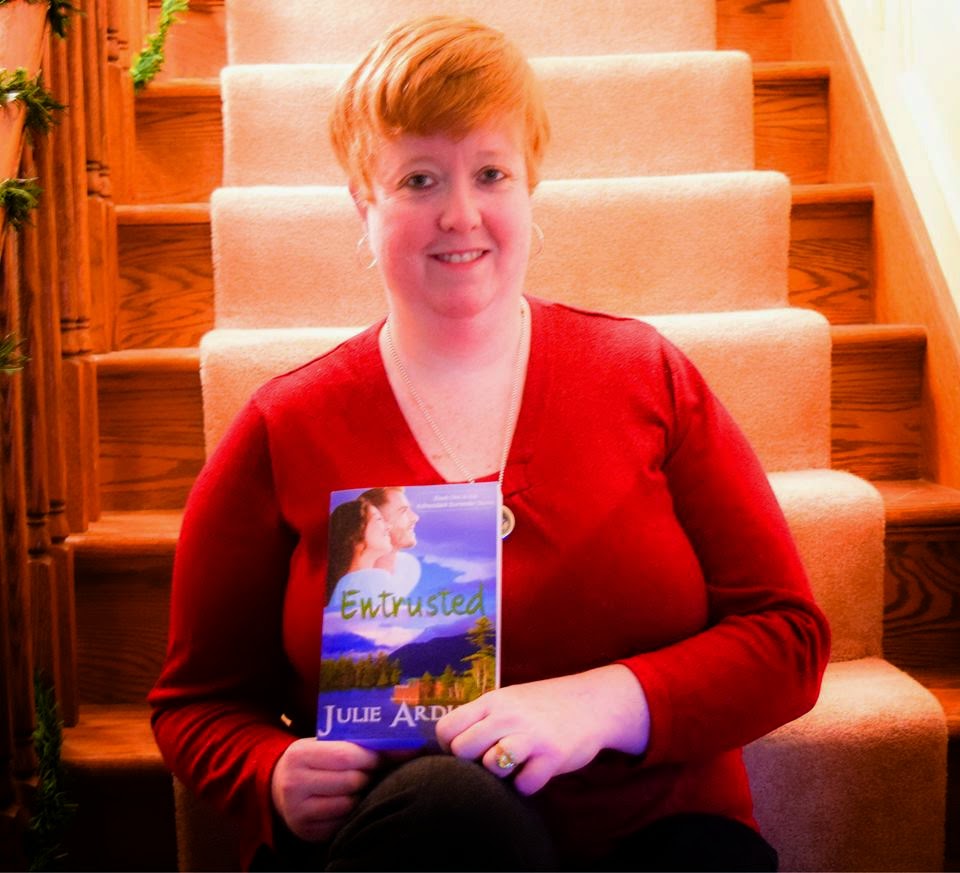 Julie Arduini is an author with a passion to encourage readers to find freedom through surrender. Her first Adirondack contemporary romance, Entrusted, gives readers hope to surrender fear. A Walk Through the Valley will soon be available as an infertility devotional with five other authors. She blogs every other Wednesday at Christians Read and is a frequent contributor to Jasmine’s Place.

To learn more about Julie’s writing and love of chocolate, visit http://juliearduini.com. She lives in Ohio with her husband and two children.

~*~
Blurb for Julie’s book Entrusted:
Jenna Anderson, sassy city-girl from Youngstown, Ohio, plows–literally–into Adirondack village, Speculator Falls, with a busted GPS. She gets a warning from the sheriff but has ideas for the senior center to prove she belongs in town as their director. Town councilman Ben Regan is as broken as the flower box Jenna demolished. He’s grieving and wants to shut down the center before there’s too much change and heartbreak. They work on community projects and build a slow relationship, but the council needs to vote on the senior center’s future. Can Jenna show Ben both her and the center are worth trusting?

Join Julie’s newsletter at http://juliearduini.com where subscribers complete the form in the right sidebar and watch for activation. For subscribing they will receive Julie’s novella Match Made in Heaven.
Posted by Alexis at Friday, February 06, 2015