True Love Stories: Complement - "something that completes or makes perfect"

The story of The Taylors is so beautiful that when reading it, you just may cry! Tears of joy may cascade down your face as you learn secondhand of how beautiful a love story can be when you allow God to write it! Only God can bring together two people who perfectly complement each other in every sense of the word.

Okay, so you may not experience waterworks when you read this story but you most definitely will smile as you read the journey Jared Taylor took to the altar with his wife Vanessa. You will learn the value of patience as a virtue and you will be reminded that friendship first with Jesus Christ as the cornerstone is the foundation that helps romantic relationships last and flourish.

So go ahead, pick up a box of Klennex (just in case you cry) and be prepared to believe in true love again as you read how God brought a "French Girl" known for her beauty and love for God, together with a man with a passion for Jesus Christ, who was raised in the home of his heritage, Trinidad.

Yes, the story is THAT good.

~*~
Complement- "something that completes or makes perfect"

I met her in college--an exotic beauty. The “French Girl” we called her. We were friendly but not friends. At the time she had a boyfriend whom she seemed really into, plus I had other interests, including her roommate.

Fast forward a few years to the heyday of the social networking site Hi 5! I stumbled across “The French Girl’s” profile and sent her a friend request. Surprisingly she accepted. Turned out there was an attraction on her side as well. We exchanged numbers but our conversations were off and on.

Shortly thereafter “The French Girl” whose real name is Vanessa, completed grad school at Andrews University in Berrien Springs, Michigan and moved to Maryland. We hung out from time to time, even dated occasionally but we both had other things going on so we never became more than friends. However we became close, confiding in each other, encouraging and supporting one another.

The first time the idea of Vanessa being more than just a friend happened was in October 2010. I had received some disturbing news one Friday evening and I called to share it with her. She dropped what she was doing, came over to my apartment, prayed with me…and just held me. I’ve had people pray for me before, but there was something different about the way this chick spoke to God. Where most people seem to be detached and formal, she seemed way more intimate and familiar; like He was someone she really knew as a real person and not an abstract concept. It was a breath of fresh air! I took notice and thought to myself, “That’s what I’d want in a wife!” Then the moment quickly passed and life continued on as normal…for a few months.

In January 2011 I enrolled in a Master of Arts in Youth Ministry Leadership Program and was required to attend an “intensive” session in Daytona, Florida. On the 12 hour drive home, my friend Keith included me in an email to his friends with a YouTube link to a sermon series by Pastor Henry Wright entitled “The Holy Spirit a& Choosing A Mate.” I listened to pass the time and found it enlightening. I wasn’t actively looking to get married, but I was looking to give my attention fully to a single individual and I found this sermon helpful in evaluating my options, which at the time didn’t include Vanessa.

The end of that semester found me having to conduct surveys for a project on how people viewed God. Vanessa was one of the persons willing to be interviewed. We made plans to go to the movies and decided to meet early to knock the interview out before other people came to the theatre. As I recorded Vanessa’s responses I had several of those “That’s what I’d want in a wife!” moments. We ended the interview, watched the movie and went our separate ways, but unlike the first time, the moment didn’t pass. My curiosity was piqued. I purposed in my heart to take a closer more intentional look into Vanessa and see what she was all about. So I began using her love of food to create opportunities for my investigative endeavor!

When I left Trinidad to return to the United States in 2004, I had a firm grasp on where I believed God was taking me and what he wanted for me. Listening to Pastor Wright's presentation in 2010 helped me get a clearer picture of what a complement to that would look like. To my very pleasant surprise…in 2011, it looked like Vanessa. I recognized it pretty quickly but took time to do my due diligence, spending time in prayer, just to be sure.

I shared my intentions with Vanessa but she wasn’t really feeling it. We were cool, but she wasn’t feeling me like that. Yet, she didn’t say no! In that moment I saw a glimpse of God’s love for me, the certainty of His love and His continual demonstration of that love despite my reluctance to fully accept it. I determined to mirror the love I received from Him in my interactions with her, until she made a decision one way or the other! It wasn’t easy being around while she explored her options. It wasn’t fun being referred to as vegetables (the stuff that you know is good for you) as opposed to Fritters (a favorite food that excites).

However God kept on loving me and likewise I continued to demonstrate my love for Vanessa, until eventually she returned the love I showed. On December 1st, 2011 I proposed to her and she said "yes". On May 27, 2012 we were married. 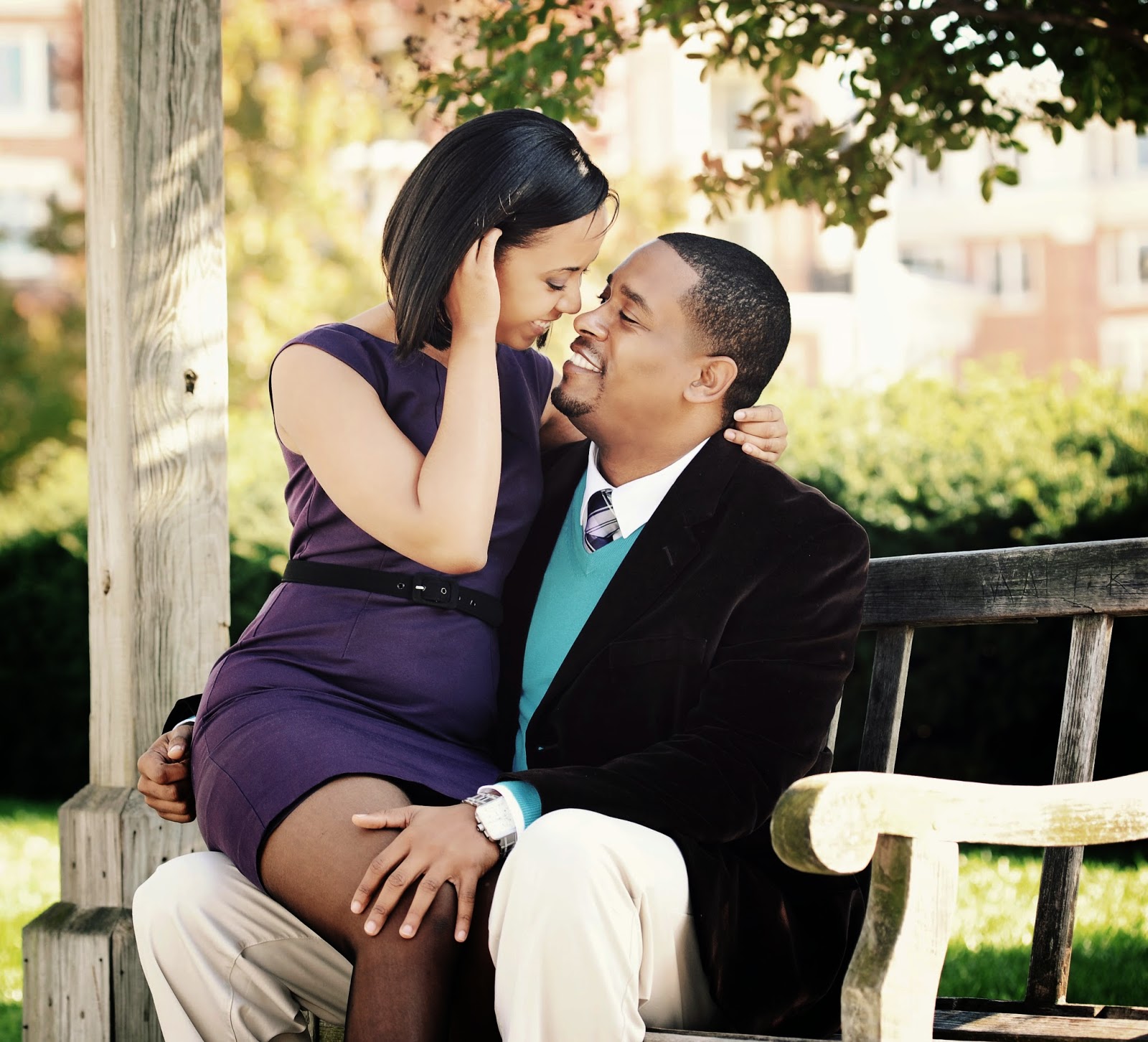 We thank God every day for the opportunity to experience His love in such a marked way and desire to share it with everyone with whom we come in contact!

Jared is the author of New Lenses: How I Met Jesus on MTV. He is also the creator, producer and host of Water For The Thirsty, an online web series which facilitates daily personal devotion and Bible study.

Currently Jared works at CGI Federal as an IT Support Specialist.

Jared has two charming sons, and lives in the Washington, D.C. metropolitan area with his wife Vanessa, whom he loves dearly.
Posted by Alexis at Tuesday, February 24, 2015