Here it is, the very first guest post in my true love stories series taking place every day this month of February! Are you excited? I know I am! :)

Featured on my blog today is Carol McClain, a woman of faith and words. She met her husband on the Internet. Sometimes online dating works for you in a wonderful way, such is the story of Carol and the man she married.

Curious to know how it worked out for Carol? Read on...

Living in the northern reaches of New York where even New Yorkers don’t believe anything exists, men are scarce. Couple that with a tiny church populated by two types of people,

2. Good reason not married (there existed a good reason I remained a single mom for so long).

Then, along came the Internet, and I took my chances. And what was the chance of finding a devout Christian, single, my age, living in my teensy town?

I met a man. He wasn’t computer savvy and didn’t realize his profile had gone through on this particular match-making site. After filling out the fifty pages of questions, getting it notarized, signing it in blood, he had gotten a notice that an error had occurred, and his profile could not be posted. He gave up.

Not me. Being computer savvy, I sniffed out that profile, emailed him, chatted, and we decided to meet in real time.

However, being foolish, I violated every principal of online mating. Not only did I have him pick me up at my house for our first date, I invited him in after dinner, as well. After all, he had told me he was a minister, and a quick check of his church proved he didn’t lie. If I couldn’t trust a preacher-boy, life would be grim. Of course, if he murdered me, my life would have been grimmer than a Grimm’s fairy tale.

When he knocked on my door for that first date, I opened it not knowing what to expect—a hideous creature with halitosis or a Prince Charming to salivate over.

I got the latter.

And apparently, he got the woman of his dreams because he flashed me the most enchanting smile I’d ever seen—white, even teeth framed by a distinguished beard and mustache. Topping off that smile were warm, brown eyes, a shock of white hair sporting no baldness at all. I could go on this date and not be ashamed of being seen in public.

We further confirmed our suitability during dinner. We received our menus and forgot to look at them. Our entrée came before we remembered the salad bar. When asked if we wanted dessert, we remembered we were supposed to eat our now cold meal.

At my house after dinner, our conversation continued…and we talked well into the evening. At last, he got up to go since I had to leave for family obligations early the next morning. I walked him to the door. His eyes sparkled with the dawning of love, more than likely reflecting my own. He opened the door. Turned to me. Here it came. I closed my eyes, held my breath, leaned in.

Now it’d been ages since I had dated, but shaking the hand was not how a date was supposed to end, even if you were a Christian.

The next morning as I packed my car, I got a phone call. Neil.

“I forgot something last night. Can I stop by? I’ll only keep you a minute.”

“Of course.” What else could a smitten lady say?

Within ten minutes he knocked at my door. Diffidently, he stepped into my living room. “I was so stupid last night. I meant to give you this.” He leaned in, took me in his arms and gave me the first of a million kisses that were to follow.

Almost one year from the day we met, we married. 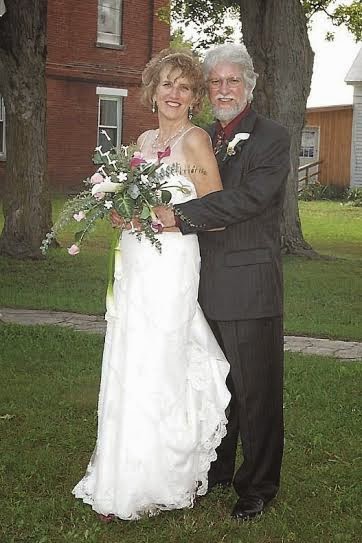 Carol's note to blog readers: Have a blessed and romantic Valentine’s Day. As for me—will cuddle with a silver-haired man who has the best teeth in the United States.

Only Neil’s teeth and the manner we met made it into my debut novel DWF: Divorced White Female. My protagonist meets her date at Porta Bella’s—her town’s swankiest restaurant. They met online, never saw a picture of each other, and she’s smitten with his intellect. When Cheryl meets Carlton, she’s also dazzled by his teeth.

But could those choppers possibly be real? How does one find out if a potential spouse has false teeth? Hmmm.

I’m ashamed to say, that thought plagued me. I had to wait many months to find out. And I’ll let you know: Neil’s teeth are as real and original as our love—even ten years after we’ve been married.

You can read the antics of Cheryl Chandler and her quest to tame her children, her hair and hook a man in DWF: Divorced White Female, a romantic comedy. The e-books can be found wherever e-books are sold. The print copy currently appears only on Amazon. 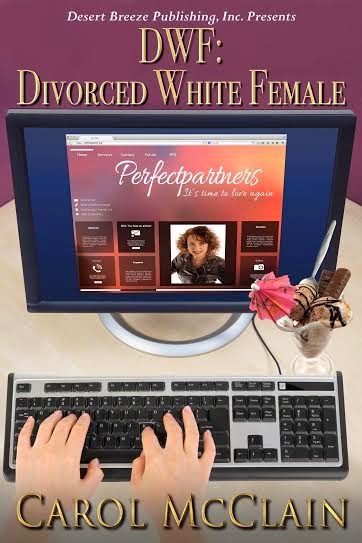