True Love Stories: The Blonde and the Boy Scout

Such a sweet story is featured today about a woman who realized the man for her was better than a billionaire or Prince Charming. She met an ordinary man who accepted her for who she was and whose love for her was not only true but extraordinary!

I hope Linda's true love story inspires you as much as it has me.

“He seems real nice,” I told my mother. “We’ve only been going out a few weeks, but I really like him.”

In the seven years since my divorce, I discovered that the Marines had taken whatever few good men were left. Demoralized, I moved to the redneck community of farmers and shoe factory workers to be near my parents.

“I’m glad to be close to you and Dad,” I told my mother, “but I doubt I’ll find a husband in these here hills.”

“Don’t be so quick to give up. You’ll find someone.”

The ad leapt out at me—“Casting call for Annual Irish Play.”

I landed a one-line part. Hey, even Meryl Streep had to start somewhere. Since I learned my line within five minutes, I signed up to do publicity. My first interview was with a lanky major character who always wore his auto parts uniform. Imitating a psychiatric patient, he stretched out on the carpet. “So what do you want to know? I’m single, and I haven’t had a date in a year and a half.”

“I only need a few personal bits, like where you live.”

Our first date was the cast party. I wasn’t used to dating nice guys—only pretend nice guys who used children and pets to steal a girl’s heart. I didn’t trust nice guys. I married a nice guy, and he deserted me. Nice guys were myths—like the pot of gold at the end of the rainbow.

“It won’t last,” I said aloud while alone watching the wind blow against the curtain.

Nevertheless, I agreed to a second date. There was a third and a fourth. Who could say no to a boy-scout leader, a member of the prestigious Order of the Arrow?

“Have a nice night, Dear,” Mother said as we concluded our conversation.

It seemed silly to be exited over attending a Scouting banquet. Steve was to be the recipient of a prestigious award, and he’d asked me to be his date. He even asked me to sew a new patch on his scout uniform and never complained that I had stitched the pocket shut in the process, the first clue that I was indeed a natural blonde.

I’d hired a sitter who would arrive at six and feed the children their dinner so I could at least comb my hair in peace. At six forty-five, the sitter had not yet arrived. I called the teenager’s home. “Oh, I forgot to call you. I’m grounded for a week. My mother says I can’t baby-sit tonight.”

As I hung up the phone, feeling like I’d found the lucky lottery ticket after the prize had been claimed, Steve arrived in his highly decorated uniform, looking like a Norman Rockwell painting of the Last American Boy Scout. What would I tell him?

I took out a box of spaghetti noodles and placed a filled pot of water on the stove while I gave him the bad news. “You go on ahead. I’ll feed the kids and then try to find another babysitter.” It was the best out I could provide—convinced the romance was doomed. I had ruined a very important moment for him.

While three pre-school children clung to his neatly pressed khaki’s, he gave me the only order he has ever spouted in our nearly three four together. “You get on the phone and find a sitter. I’ll make the spaghetti.”

Any other man would have run like Peter Rabbit out of Mr. McGregor’s garden. Instead, he chose to stay through the worst of the crying, spilling, and saucy mess.

I fell in love that night. Not with a handsome prince or billionaire. It was not my fantasy—it was better. I had found a man who loved me as I was—a blonde who wanted only one thing out of life: acceptance for who she was. 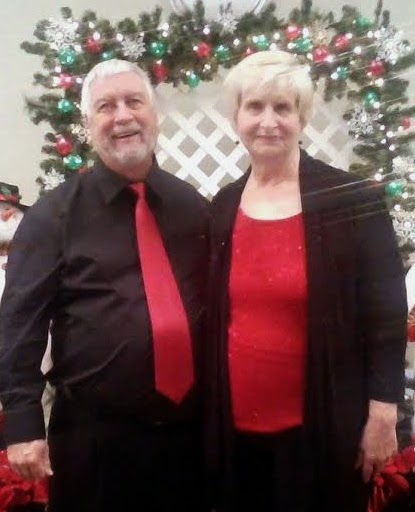 No pretensions—simply a blonde and a Boy Scout.

Winner of the 2012 Selah Award for best first novel The Other Side of Darkness, LINDA WOOD RONDEAU, writes blended contemporary fiction that speaks to the heart and offers hope to those with damaged lives. After a long career in human services, Linda now resides in Jacksonville, Florida. A Christmas Prayer, (aka A Father’s Prayer) was a finalist for both the 2014 Selah and Carol Awards.

Other books include: It Really IS a Wonderful Life, Joy Comes to Dinsmore Street, Days of Vines and Roses and her non-fiction book, I Prayed for Patience God Gave Me Children, also part of a compilation (Uplifting Devotionals).A sequel Joy Comes to Dinsmore Street, (Snow on Eagle Mountain) is expected to be released soon. Watch for Fiddler’s Fling and Red Sky Promise, inspirational romances expected to be released later in 2015.

Readers may visit her web site at www.lindarondeau.com, her blog, This Daily Grind, or email her at lindarondeau@gmail.com or find her on Facebook, Twitter, Pinterest, Google Plus and Goodreads.

Award-winning author Linda Rondeau returns with a tender romance about a country singer, a father's plea for forgiveness, and a woman's heartbreak. 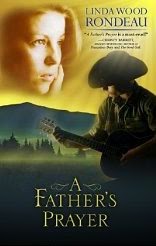 A year after learning of a son’s existence, Country music legend, Ethan Jacobs returns to Jasper Falls, a place of bitter memories, to help the his twelve-year-old autistic child, given up for adoption at birth. Orphaned after the death of his adoptive parents, the boy is at risk of institutionalization due to probation violations and alleged inadequate guardianship of his current caregiver, an older, adoptive sister. In view of his son’s delicate emotional state, the court advises Ethan to keep his relationship to Gib secret for now.
Posted by Alexis at Wednesday, February 11, 2015