Read how this couple made it work...

Some couples talk about their long distance relationships, but we took the concept to a whole different level.

I met my girlfriend early in the summer that year while working in my father’s film production company. She came from Virginia to work at a nearby Christian conference grounds for the summer.

We actually met, for the first time, on a movie set. Claudia, and a number of other summer workers, had come to the studio to sit in a restaurant set as background extras.

As the season continued, Claudia and I were together as often as our work schedules permitted. It was not long before our love grew.

At the end of the summer, I drove her back home to Virginia so I could meet her family. In September of that year, my draft board sent me a “Greetings” letter, and I was inducted into the U.S. Army soon after. To complicate matters, this also happened to be right at the height of the Vietnam War. But after a few months on a post in Washington, I was reassigned to Germany.

It’s important to note that our relationship developed before the time of cell phones, computers, or any of the other communications methods young couples have available today. We had to rely on phone calls and letters. But, before I left for the army, I bought two small recorders. Ours were reel-to-reel tape machines. They enabled us to send recordings to each other, in the mail, which helped keep a more human connection between us.

Claudia and I had talked about getting married, but it didn’t make sense because there was always an uncertainty that I might be sent to a war zone.

My father’s film production work required him to travel the world. I knew he had a trip scheduled to Brazil for business. He also had a contact there who specialized in diamonds.

“I can get you a really nice one for a great price,” he told me. Before I was sent to Germany, I picked out a setting, but hadn’t seen the stone yet.

Off I went to Germany where my assignment landed me in an armored battalion. My first job was as the loader on a tank. The funny thing is, I’m a little over 6’ 4” tall. That meant, when I stood straight up, I could see out of the loader’s hatch when it was open.

Later my dad made the Brazilian trip and my new diamond was placed into the setting I had previously selected. I’d also asked Claudia’s father for permission to marry his daughter when I visited them a second time in Virginia.

“Yes,” he said, and promised to keep it a secret.

It turned out to be a good thing I’d had a typing class in high school. While in basic training, I took a typing test which showed how many words I could type per minute. As a result, my records indicated that a job I’d be qualified for was a company clerk. Not long after arriving in Germany, I heard that the clerk in my new unit would soon be returning to the states, so I put in for his job.

On a subsequent business trip, my parents later traveled to Europe and arranged to visit my base in Germany. There they were able to show me the finished engagement ring.

“It’s beautiful.” I said. The diamond sparkled in the early morning sun, and the setting looked perfect.

“What do we do next?” my mother asked.

“When you get back home,” I said, “mail it to Claudia. Be sure to include instruction not to open it until I call her, and I’ll tell her the same thing.”

About two weeks later, after I knew for sure the ring had arrived, I called and asked her to open the package while I was on the phone. I heard a scream as the phone dropped. She picked it up again but could hardly speak.

That’s when I asked, “Would you be my wife?”

The tears and excited screaming on the other end of the line told me she had accepted. We were engaged, over the phone, by long distance, with an ocean between us. 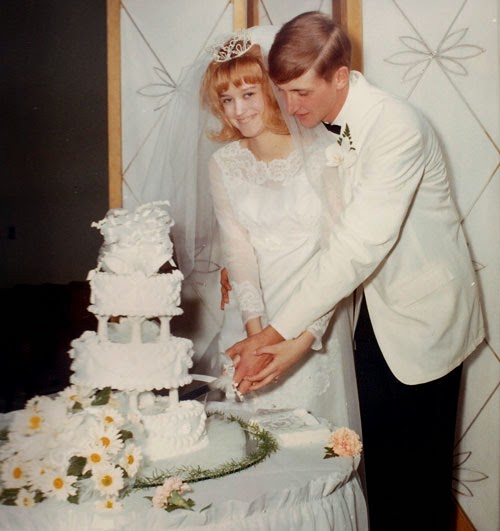 We decided I would return home on leave a few months later and we were married one year earlier than we had originally planned, allowing us to start our life together in Europe for the first year of our marriage. And because I had been promoted to the clerk’s position, I had a fairly normal office job for the rest of my time in Germany. We rented the off-base apartment, bought a very old Volkswagen Beetle, spent our first Christmas together, and traveled around Europe.


Looking back, we’re both amazed at the way God brought us together and how He has kept us together through forty-seven anniversaries since then.

~*~
Author bio: Max Elliot Anderson grew up as a struggling reader. After surveying the market, he sensed the need for action-adventures and mysteries for readers age 8-13, especially boys.


Using his extensive experience in the production of dramatic motion pictures, videos, and television commercials, Mr. Anderson brings that same visual excitement and heart-pounding action to his stories. His books include different characters, setting, and plot as well as two series.

Ten middle grade books are published, sixteen more are under contract, with several additional manuscripts completed. Young readers have reported that reading one of his books is like actually being in an exciting movie.