He was Mr. Popular and a pothead. She was a sweet girl destined to be a preacher's wife. They were dangerously in love.

How did God weave a true love story between a popular teen with bad habits that threatened his future and a teenage girl whose love for romance and stories would lead to a successful career as an inspirational romance author when she grew up?

Read today's featured true love story to discover answers to your questions, a testimony of how when God's Hand is over your life, any bad situation can be turned around for the good (Romans 8:28).

My first love was David Cassidy back in the Partridge Family days. I was five when the show began, but by the second grade, I had a wall in my room papered with pull out posters of him from Tiger Beat Magazine.

My second love was John Travolta back in his Welcome Back Kotter days. The show started a year after the Partridge Family ended. Do you see what they have in common? Can you say hair?

When I was fifteen, a new boy came to our school and what was I supposed to do when I saw all that hair? Fall for him of course. All of the other boys at my school wore buzz or bowl cuts. Neither was popular back then. The new guy had black, naturally wavy hair to his shoulders, and the greenest eyes I’d ever seen.

I decided on the spot that I’d marry him. Yep, it was shallow, but several other girls made the same vow and he was soon Mr. Popular.

I was very shy and quiet, but as the months passed, the new guy finally noticed me and we began going together. We didn’t go anywhere together, since I couldn’t date until I turned sixteen. As my birthday neared, rumors began to circulate that my boyfriend drank heavily and smoked pot. Raised in church, I never tasted alcohol or tried smoking cigarettes, much less marijuana. Of course, when I asked him about it, he denied the rumors. I refused to believe the gossip and gave him the benefit of the doubt.

Finally, after months of waiting, my birthday came and my parents allowed me to date. The rumors continued and a strange aroma surrounded me whenever my guy was near. When I mustered the courage to ask about it, he told me the kid sitting behind us in class smoked a joint that morning.

I think I knew, but didn’t want to know. As the school year ended, the truth could no longer be denied. We hashed it out, no pun intended. Given an ultimatum, drugs and alcohol or me, he didn’t pick me. I spent the summer in tears and prayerfully placed the relationship in God’s hands.

The week before school started again, my ex-boyfriend came to my house. Claiming to have quit drinking and drugs, he wanted to get back together. Though cautious, I could soon tell the difference in him. He even started attending church with me. We dated throughout high school and graduated together.

Fast-forward. After fourteen years of marriage, my husband answered the call to preach. Though we were both Christians and had consistently attended church, I didn’t feel up to the task. But I supported him and stumbled into my new role.

Another change came when we entered into parenthood after sixteen years of marriage, our son was born. He was planned, he’s ours, and we never separated. We waited until we could afford for me to stay home.

Shortly afterward, I began attending monthly writer’s group meetings for my Mom’s night out. While I learned to write, my guys hung out at a local bookstore and Wal-Mart.

On a typical night, they dropped me off, then went to eat supper at their favorite restaurant before visiting their regular haunts. As usual, my meeting ran late. By the time I strolled across the parking lot, they’d been waiting thirty minutes. Once in the truck, hubby told me of his evening. At the restaurant, secured in the highchair, our little guy threw up. Not just a little, but apparently everything he’d eaten, all day long.

My husband wiped our son down, detected no fever, and ordered their food. Both ate, then raided our emergency clothing stash, and went on their way. Though he’s always a very hands-on father, I would have expected him to grab our child, pick me up early, and head home. I would have.

That night, thoughts of my high school boyfriend made me wonder if he would have coped so well with the events of the evening. You see, that long ago pothead and my incredible husband are one and the same.

During the intervening years, he recommitted his life to Jesus. That pothead I dated all those years ago is now a Baptist pastor. Though, he still has the greenest eyes I’ve ever seen, his hair is buzzed and thinning. He wears it well. In fact, he’s even more beautiful to me now. Not only does the heart of a father beat within him, but the heart of a man of God. 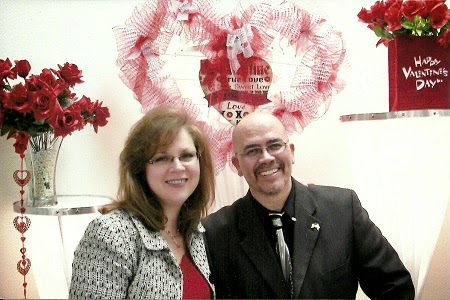 ~*~
Author bio: Central Arkansas author, Shannon Taylor Vannatter is a stay-at-home mom/pastor’s wife. She lives in a town with a population of around 100, if you count a few cows and once climbed a mountain wearing gold wedge-heeled sandals which became known as her hiking boots. Vannatter won the Inspirational Readers Choice Award in the short contemporary category, The 18th Annual Heartsong Awards 3rd Favorite New Author and #1 Contemporary Award. 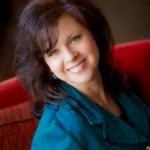 Shannon has ten published titles and is contracted for five more. Her books are available at christianbook.com, barnesandnoble.com, amazon.com and barbourbooks.com.

Tori Eaton is ready to start over. 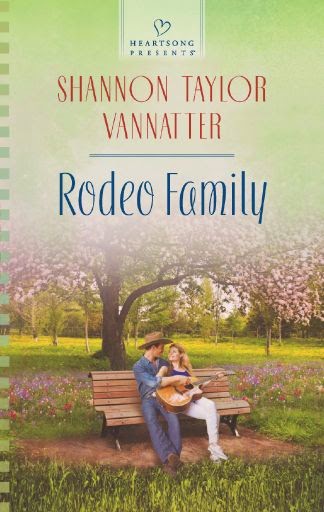 She's beginning a new chapter in Aubrey, Texas, away from her abusive ex-boyfriend. As she picks up the pieces of her broken life, Tori's surprised at the helping hand the church's new song director, Brant McConnell, offers her, and at the warm emotions he inspires.

Brant is drawn to Tori. And as their friendship grows, so do his feelings for her. But Tori is still hounded by her past, and the walls she's built around her heart are high. Can he convince the wounded beauty that he's exactly the kind of man she needs—and deserves?