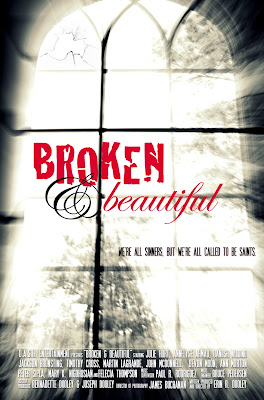 Recently, I saw an award-winning Christian musical film called Broken & Beautiful that was written and produced by Erin R. Dooley. I thought that it was a creative, clever and needed film. It shows audiences the inner and outer struggles of characters that are broken and need Jesus Christ to save their life. Ultimately, the characters learn how when they give their broken life to God, He can make something beautiful out of it.

This movie featured a variety of up and coming Chicago-based actors who used their gift for singing throughout the film because after all, it is a musical. Most of the songs were easily recognizable to music fans that love Contemporary Christian music artists like Tenth Avenue North, Amy Grant, Sanctus Real, Third Day and Toby Mac.

Each of the actors brings more than a unique singing voice to the movie, they deliver a convincing performance of the character that they are portraying. There’s the husband who struggles with pornography and his wife who feels that they should spend more quality time together. There’s the widower who loved his wife but starts to discover that he might have feelings for a man who is gay. There’s the fashionable woman who loves living a luxurious lifestyle but harbors a dark secret that threatens her peace of mind. There’s the porn star that wants to leave her past behind as she goes to church and learns about the One who will never abuse her body or mind. Finally, there’s the young pastor who is tempted to have an affair with a young, unhappily married woman who attends his church. Clearly, this movie has something for everybody as it speaks to real-life scenarios that people in the real world outside of movies deal with personally or have seen happen to people they know.

The stories of the characters in this movie are complex. The lines are clever and filled with emotion that’s appropriate for each scene. The setting of this movie is in a city with a focus on the personal stories of the people who attend All Saints Church. The movie deals with dark secrets, heartbreak, and pain. Screenwriter Erin R. Dooley was not afraid to tackle what the Christian community considers to be controversial issues like abortion and the gay lifestyle. Dooley not only tackles these issues but she offers tangible solutions to these situations. If anything, this movie is a great conversation starter. People from a variety of real-world experiences and backgrounds can appreciate this movie, sit around a table and talk about it.

The moral of the story, according to Dooley is that while the characters put forth their “best efforts to cover their imperfections. It is only when the characters are brought down to their knees that they find healing; that they realize that though we are all sinners, we are all called to be saints.” As a viewer of this movie, I was inspired by its poignant portrayal of the Bible-based truth we all are sinners in need of a Savior and His Name is Jesus Christ. This story wasn’t portrayed in a way that shoves religion down your throat. The storytelling is done in a way that is appealing to the audience and served with a message that should provide good food for thought to people from all walks of life.

If you need a movie that will uplift you and encourage you in your life journey, don’t miss this one. 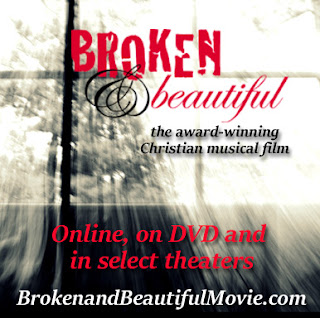 *Reviewed by Alexis A. Goring, founder of "God is Love" blog
Posted by Alexis at Wednesday, February 14, 2018