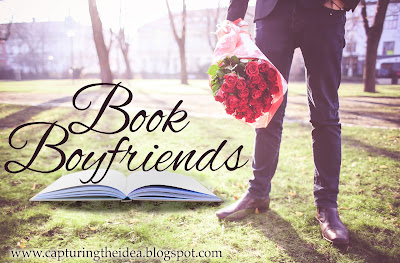 Interview with Lance, hero of Hillbilly Cinderella by Cynthia Hickey:

Cynthia: The town calls you the town prince. How do you feel about that?


Lance: Cindy Lou calls me that. Not many other people would dare.

Cynthia: But you were born with a silver spoon in your mouth.

Lance: That wasn’t by choice, by I’ll gladly say I’m not opposed to having money.

Cynthia: Cindy Lou Hopkins is well below your station in life. What attracted you to her?

Lance: Below my station? It isn’t the middle ages. She’s the sweetest, most beautiful woman I’ve ever met and she makes me feel good. Like I’m just an ordinary guy. I’m free to love anyone I choose.


Lance: Yeah. I love her. I plan on asking her as soon as I can get her away from her stepfamily. Her stepmother does seem to keep a close eye on her. That woman has a devious plan. I just know it. A plan that doesn’t bode well for Cindy.

Cynthia: Are you going to ride in on your white steed and rescue her?

Lance: In a manner of speaking, yes.

Cynthia: I’ve heard the barn dance your father is putting on is to find you a wife. How are you going to handle that?

Lance: When the masks come off, I’ll reveal the woman I’m going to marry to the entire town.

Multi-published and Amazon and ECPA Best-Selling author Cynthia Hickey has sold over a million copies of her works since 2013.

Cynthia and her husband run the small press, Winged Publications, which includes some of the CBA’s best well-known authors. She lives in Arizona with her husband, one of their seven children, two dogs, one cat, and three box turtles.

She has eight grandchildren who keep her busy and tell everyone they know that “Nana is a writer”.

~*~
Book Blurb for Hillbilly Cinderella: When Cindy Lou Hopkins turns twenty-five life will get better. She knows it. She'll no longer be under the thumb of her stepmother Geneva or tormented by her stepsisters. She just has to stay alive that long. 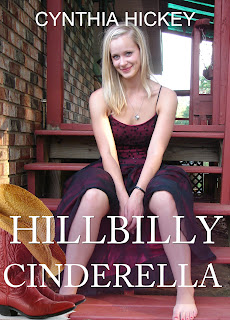 The only kink in her plan for independence is the handsome, Lance Moore, she jokingly calls the town prince. A man who wants to get to know her better. A man Cindy isn't worthy to be in the same room as.

When Lance throws a barn dance, Cindy is determined to have one night with him that will carry her through the rest of her life. Can she set aside prejudices from a bygone time and embrace her happily ever after?

SaveSave a Rafflecopter giveaway
Posted by Alexis at Sunday, February 04, 2018