Talking the talk and walking the walk are two very different things. I can say I have faith all day, but if I do not act on it, what good is that?

A Test of Faith

My faith has been tested at many points in my life – many, many, many times. And there was one time I distinctly remember when my faith was really tested. I was fresh out of graduate school and was planning to stay in the same city and state in which I graduated. Little did I know that in just a few months, the Lord would instead lead me to an area that was clearly out of my comfort zone. This area was new territory (literally). It was far from family and friends, and I knew no one there. What’s more is that although I knew God was guiding me to this new place, I did not know how I was going to get there because I was working with limited funds. When I considered the amount of money it would take for me to move (and then looked at the amount of money I had in my bank account at the time), what I had would not be enough to cover the expenses of relocating.

Departing from the Familiar

Whenever I tell this story, I think of two people and two stories in the Bible – Abraham and of course, our Lord and Savior, Jesus Christ. In Genesis 12:1, God told Abraham to leave his father’s country and make his way to an area that He (God) had appointed so the Lord can “make of thee a great nation”. Abraham had to leave what was familiar to him because God had set up his (Abraham’s) blessings in a different area. In other words, Abraham had to leave his comfort zone. Abraham was obedient to God’s instructions, and because of his obedience, he was blessed.

Insufficient to the Normal Eye, More than Sufficient in God’s Eyes

Another story that comes to mind is the one in which Jesus feeds the multitude (approximately five thousand people according to what is recorded in the Gospels) with as little as five loaves of bread and two fishes. Although this story is recorded in Matthew, Mark, Luke, and John, I will refer to Mark 6:31-44 in this blog. In Mark 6, one can read how Jesus took what seemed to be an insufficient amount of food and fed a very large crowd.

Sometimes we look at what we currently have, thinking it is not enough to accomplish something. We make the mistake of looking at it with natural eyes verses our spiritual eyes. Sometimes we fail to realize that whatever God has given us (no matter how small of an amount we consider it to be), He can multiply it. He can turn what we consider to be a shortage into a surplus.

Now, back to my story, it was time for me to step out on faith. I made plans to make the big move, despite how my bank account was looking and despite the fact that I was traveling to unknown territory (remember, new place, no family, and no friends). Now, if you read carefully, you will notice that I went ahead and made plans to move before I received the money required to make that move.

Okay, I must admit that I experienced a few moments of uneasiness prior to that move. There were a couple of times when I was thinking of how I was going to get to the place God was leading me with a very small amount of money. Our “flesh” will act that way at times, and we must pray, remember God’s promises, and be obedient to Him, regardless. So although I had a couple of “moments”, in my spirit, I was confident the Lord was going to provide for me, and He did. God made a way. He opened a door, just in time. I acted on faith. I walked the walked, and everything worked out wonderfully for me.

Now, you may be wondering what the significance of this “new territory” I often referred to in this blog is. Well, it was there where my relationship with Christ thrived and my ministry began. As with Abraham, I had to leave what was familiar to me and travel to an unknown land to receive my spiritual blessing (my ministry). I walked the walk of faith, despite how my finances looked. I was obedient to God, despite the few moments of fear I experienced, and because I did these things, I was blessed. 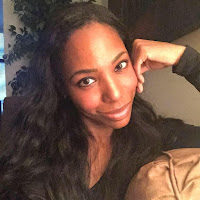 Better known by her pen name, Positivity Inspires (trademarked) is a writer, speaker, and servant of the Lord.

She was introduced to Christ at a very early age and was raised in the church. Her ministry focuses on encouraging Christians to continually strengthen their bond with Christ, study His Word, and live His Word daily.

Although Positivity Inspires writes in more than one genre, she is best known for her Christian/Inspirational works. Her blogs can be found on several websites, including the “The Christian Post”, a major online Christian newspaper based in Washington D.C. She also is currently writing a couple of books with the hope of publishing them soon.   Positivity Inspires has spoken at several churches and has been interviewed by the hosts of the “Morning Show” on Missions Radio.

As a successful career woman who has earned a doctorate in her field, she also greatly understands the importance of placing God first and cherishes her relationship with Him. She is one who is appreciative of her career and passionate about her ministry, and she possesses a strong love for Christ and for others.