Devotionals for the Heart: God's Grace 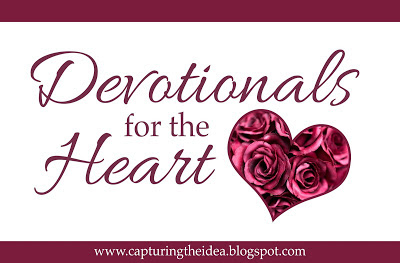 Why is Grace So Hard?
A devotional by Allison M. Wilson

Maybe I’m the only one who struggles with this, but I’ve been really thinking about grace a lot. There are different facets to it. We have the grace God has granted us for the sins which would have led to our death. (Ephesians 2:8) We have grace in how we treat others. The apostle Paul is known for starting or ending his letters with, “Grace and peace to you.” There’s also grace in our demeanor. I think of that as having the Holy Spirit going before me, out to others. We talk about women who are graceful, or have grace in the way they walk or comport themselves. It’s not tied to a faith walk, but it’s still noticeable.

The grace I’ve been pondering the most lately, is the grace we are called to give to others. God’s worked on me in this over many years, and lots of areas have seen victory. Several have not, though. There has been change and growth, but I have to tell you that traffic is one of the places I have the least amount of grace in my life. I’m not quite as quick to say, “Come on, people!” as I used to be. That wake-up call came when my special needs daughter of about 5 piped up from the back, repeating the same phrase.

Why can’t I give grace in traffic? Or the grocery store when someone puts their cart in the middle of the aisle while looking at the shelves? The “me monster” of self rears its ugly head in those circumstances, and reminds me that I’ve still got a long way to go to having my flesh fully surrendered to the Spirit.

I’m a rule follower. If there is a sign that says not to touch the wet paint, I do not have the urge to put my fingers all over it. I have many friends who would find that almost irresistible! I suppose I’m the elder son in the prodigal story. (Luke 15:11-32) I do all the right things to expect a reward.

That’s not how grace works, though. Grace was given by God before I sinned even once. He accounted for the grace mankind would need long before He even formed the world. The plan of salvation was set in motion when there wasn’t even one man in the world yet. (Romans 6:23) It is a gift which was given to us freely, when we had no clue we would even need it.

How is my grace manifested? Only when people do or say what I believe they should? Am I only willing to give grace when the circumstances fit my idea of how they should be? Or, am I allowing the Holy Spirit to grow me into someone who looks more like Christ in grace and peace?

What would that look like for me? Well, I probably wouldn’t get so frustrated at the people who block the aisles or don’t use their turn signals. Maybe I would let the Spirit speak in that quiet Voice which says that I don’t know what that other person is struggling with or going through. Perhaps I would pray for them, rather than grumble about them in my mind, even while there’s a smile on my face. I likely won’t type back that comment which is a thinly veiled insult, or pass on that piece of information which no one else really needs to know I was told.

I want to be a graceFULL woman of God. I want others to see His love and peace and grace flowing through me, even in traffic. Thankfully, that’s what He wants for me, too. I’m so grateful for the grace He gives which doesn’t rely on my behavior!

Let’s pray: Heavenly Daddy, You give more abundantly than we can even fathom, and Your grace is an amazingly boundless gift. Teach me to give grace as You do. Show me more of how You’ve given it to me, and make my heart sing with gratitude so I can lavish that grace on others. In Your precious Son’s Name, Jesus, I pray. Amen.

A very early reader and lover of the written word, Allison M. Wilson has been writing since the age of 8 with the heart to impart stories and God's truth. 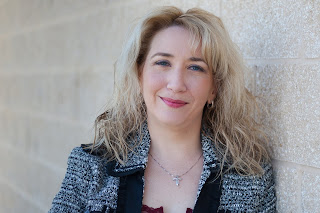