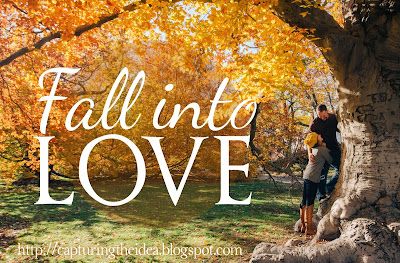 As I reflected on one of the lessons my main character, Nicole, deals with in my book Très Chic, I realized that some of my other books feature the same lesson. Simply put, Nicole, a flight attendant, judges a man based on outward appearance. How superficial, I thought. Don’t most people overcome that in their teenage years?

In Très Chic, Nicole is set up on a date with a scruffy-looking guy with bloodshot eyes. They enjoy a wonderful evening, but Nicole has planned her future around a debonair passenger who flies first class every Monday on her New York-to-Paris flight. Patrick—she knows his name because she checked the manifest—hasn’t given her a second glance, but she doesn’t give up and even enlists Scruffy-Guy’s help.

In two other books, the female characters make assumptions about the male leads based on their outward appearances. Of course, looks are deceiving, and the men’s inner strength, compassion, and convictions win the women over. Nothing original here. Turn on any Hallmark movie, lower the volume, and just by looking at the male characters, you can predict that the guy with stubble growing on his face will be the hero of the story, while the man in the Brook Brothers suit will make an involuntary exit.

So why did I choose that lesson? I didn’t; it chose me because I’ve had to deal with judging others on outward appearances. I’m a starer. You won’t find that word in the dictionary, but it describes a person who, like me, watches people. For some reason, starers believe that others won’t notice that they’re staring at them. But sometimes, they do. Then we starers glance away and look for the nearest exit. I’ve read that writers are great observers of life around them. I like that—it puts a better spin on the act of staring.

I married a scruffy-looking guy. We met in a diner. I taught French in a high school full time during the day but couldn’t make ends meet without working a night job. The first time I saw him I wasn’t impressed. He sat on a stool at the counter and showed me how to make a proper cup of tea. Not the kind where you float a teabag in a cup of hot water, but the kind where you steep the tea in a pot. He worked for a hockey team. I wasn’t impressed. I’d never liked hockey. But then he asked me out, but not only that, he told me I could pick any restaurant. I was in Hog Heaven. Imagine choosing a restaurant in Atlanta, Georgia, when your diet consists of different flavors of Ramen Noodles. Bill Gates and Apple hadn’t been born yet, so I conferred with friends, students, faculty members, and finally chose Anthony’s—an Antebellum restaurant—très chic! Two years later, we had our wedding reception there.

It takes time to fall for a scruffy-looking guy. His clothes needed pressing and his car smelled like a locker room. It came by the smell honestly—the backseat was full of hockey skates. But I noticed things about him—the way he searched for a watering can for a Russian defenseman who was having trouble growing a houseplant. Or the way he always brought me back a candy bar or a keychain from whatever city they were playing in.

I learned to love hockey—I’ve been to over a thousand games—and we’ve been married for forty years. He still doesn’t care about a crease in his pants, and he leaves crumbs on the table, but my husband is a kind, thoughtful, sensitive, trustworthy, gentle, loving man.

Appearance can get in the way of sound judgment. In I Samuel 16:7, God warned Samuel about Saul. “Do not consider his appearance or his height, for I have rejected him. The Lord does not look at the things people look at. People look at the outward appearance, but the Lord looks at the heart.” I’m so glad I wasn’t deceived by the polished, debonair Patricks of my youth, but gave the scruffy guy a second glance. 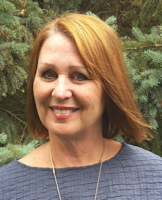 Sherri Stewart loves a good suspense novel. She started writing almost seven years ago and hasn’t stopped. Her careers as teacher, principal, lawyer, and flight attendant have allowed her to draw on personal experiences.

Her membership in Word Weavers, American Christian Fiction Writers, and The Christian Pen have helped her hone her skills.

She lives in Orlando with husband Bobby, son Joshua, and dog Lily. When not writing or editing, she likes to walk and swim.

But her favorite thing is traveling to places to research her books. Her first novel won a Word Weavers award for suspense novel, and three others have won Tapestry awards. You can reach her at www.stewartwriting.com. She’d love to have you join her shortlist.

~*~
Book Blurb for Très Chic: Nicole has her eye on Patrick Duryea, the passenger in 3B on her weekly New York-to-Paris flights. He doesn’t know it yet, but she’s going to marry him someday. That is, if he can satisfy the requirements on her list of ten attributes of a perfect husband. 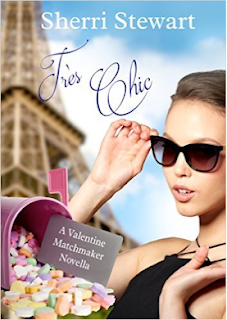 The other man in her life, her friend Sal, whom she met on a blind date, sets out to prove that lists don’t work when it comes to love, and he’s willing to help her win over the elusive passenger to prove his point.

When push comes to shove onto a New York street, will Nicole’s list fail or prevail?

~*~
Connect with Sherri:
Amazon Author Page - https://www.amazon.com/author/sherristewart/
Email - sherristewart2@yahoo.com
Website - www.stewartwriting.com/blog
Facebook - https://www.facebook.com/sherristewartauthor/
Twitter - https://twitter.com/machere
Goodreads -
https://www.goodreads.com/author/show/758893.Sherri_Stewart/blog
~*~
Enter this book giveaway contest for your chance to WIN a copy of this book by filling out the entry form on the Rafflecopter widget below: