A Words of Faith story written by Gail Kittleson 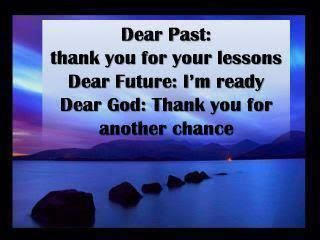 New Year’s Day is all about starting over—second chances, and that’s what our God emphasizes, too.

“And not only this, but we also exult in our tribulations, knowing that tribulation brings about perseverance; and perseverance, proven character; and proven character, hope; and hope does not disappoint, because the love of God has been poured out within our hearts through the Holy Spirit who was given to us."~Romans 5:3-5 NASB

Jesus’ birth story revolves around second chances, too. Once again, we’ve contemplated the little Jewish family’s trek to Bethlehem, their firstborn’s birth, the Wise Men’s visit, and the angel’s call to Egypt.

The angels were awfully busy—and in Jesus’ parents, they found reliable receptors for their messages.

Take Joseph, who sought to get out of his commitment to Mary without disgracing her when he realized her pregnancy. An angel intervened, and Joseph listened. Then he obeyed, completely disregarding his own conclusions about the honorable thing to do in this situation.

And then he undertook an arduous journey to Bethlehem to pay his taxes—never a joyful jaunt, but he obeyed. The birth completed, he welcomed strange worshippers—stinky nearby shepherds and stargazers from afar. The gifts they brought may well have financed the little family’s journey to Egypt, again at the behest of an angel in a dream.

What would his parents have said? What did they think, or did they even realize what was going on? So many questions, but Joseph obviously relied on the firm faith foundations of his youth to find his way through this complicated time.

Aware of the danger and committed to keep Mary and the baby safe, Joseph sojourned in Egypt for some time. When a dream confirmed it was time to return home, he acted cautiously, watching and listening for guidance.

Does Joseph remind you of anyone? If so, you’re fortunate to know a humble, courageous man of God who puts his own agenda second to that of his family. He waits to hear a word from God, and when he does, he acts.

Can’t help wondering how Joseph would fit in a society that lauds self-made men, independent souls who found businesses, make fortunes, often at great cost to their families and others who might be “in the way.” The other day, I heard a story about a generous, kind, humble CEO of a very successful company. This man determined to make our country a better place by helping individuals through college and afterward into their careers. He does this financially, of course, but also by providing a network of mentors and opportunities that change these individuals’ prospects.

“Wow,” I thought. “What great vision.” His story shows he puts his money where his mouth is. Or maybe we could change that to where his heart is.

History records Joseph’s heart was right where the Almighty desired it to be. “For the eyes of the Lord move to and fro throughout the earth that He may strongly support those whose heart is completely His.” 2 Chronicles 16:9

Joseph’s attitude teaches the value of listening and obeying, even when our instructions might seem pretty weird to others. Humility requires putting aside our desire to please people, to keep everyone happy. We’re not the center of the world anymore. Joseph didn’t seek public acclaim.

Adopting this viewpoint, we can listen and obey. Joseph traveled a difficult road, but to be trusted with the Son God sent to earth—what an honor. But Joseph didn’t seek public acclaim. Pleasing God was enough for him, and God’s pleasure led to second chances.

We assume Joseph and Mary reared a healthy family, and day-by-day, Joseph worked to provide for them. Mary becomes a focal point at several points in the Gospels, but Scripture never mentions Joseph again after the nativity. He passed from the scene unobtrusively, his task on earth complete.

Joseph—a quiet, unassuming man, but faithful and focused on finding God’s way when circumstances obscured it. He’s a great example as we learn to humble ourselves, listen, and obey. Second chances, straight ahead!

How have listening and obeying made a difference for you, and what second chance do you desire in 2016?

Gail believes our stories are our best gifts, and blooming late has its advantages. The pent-up novel fodder never ends. WhiteFire Publishing released Gail’s memoir, Catching Up With Daylight in 2013, and her debut women’s historical fiction, In This Together (Wild Rose Press/Vintage Line) greets the world on November 18, 2015. Another women's Christian historical fiction (World War II) has been contracted for February 2017 release, with two more in that series. Gail has also written two pioneer stories, as yet unpublished.

Please feel free to contact Gail—meeting new writing and reading friends is the frosting on her cake!
Posted by Alexis at Friday, January 01, 2016