A devotional about Grace—God’s Beautification Award

Today, I'd like to introduce you to Catherine Castle.

She's a talented writer and photographer plus she's an award-winning author!

Catherine contributed her time and writing talent to pen a devotional for my blog that I believe will encourage you in your life journey.

"For it is by grace you have been saved, through faith—and this not from yourselves, it is the gift of God."—Ephesians 2:8

A few years back I received a beautification award from the local garden club. I came home from a three-week trip to find a note stuck in the door telling me I had been nominated for a “Best Hillside Garden” award. When I called the number on the note, I was told I had won the award!

While I was gone, one of the club members had driven around town looking for gardens, and she spotted my front yard which was, at the time, blooming with daisies and daylilies. The garden committee member who spoke with me went on about the ribbons of flowers that run through the back garden. She commented on colorful flowers that curve gracefully around the front of the house. She recognized the time I spent watering, weeding, and tending to the garden. She saw purple ninebarks nestled against chartreuse and lime green golden privets and forest green mugo pines. She described the front gardens as stunning and the back garden as awesome.

Naturally, I was ecstatic. I’d never won a garden award before. So, I went out to view my garden. What I saw was three dead evergreens at the top of the hill; the bare branches of a dead forsythia sticking up in brown mulch; hundreds of flowers that need deadheading; the slender, dead trunk of a dogwood shooting up from the center of bushy dogwood suckers; a graying pile of pallet flats at the top of the gully; a three foot sticker weed waving at me from Mom’s daylily bed; and the fungal diseases that claimed the lower leaves—and in some cases, the entire plant—of the brown eyed-Susans.

I was amazed the other gardeners overlooked the flaws, weeds, and work that needed to be done. Instead, all those who judged my garden saw beauty wherever they looked. They looked at my garden through different eyes. Eyes that didn’t see what I saw.

I was gone a lot from the garden that year. Between trips I had just enough time to pull a few weeds from the paths. It was a rainy season, so God watered for me. Thankfully, God is gracious, because without his grace in my garden that year I wouldn’t be the owner of a beautification award.

He is also gracious about my life. When he looks at me, one of his children, he doesn’t see the flaws of sin in my life. Because I am covered by his grace, though in faith and by the blood of Christ, God only sees the beautiful things in me, not the weeds.

I’m proud of my Shaker Farm beautification award, and I went around for weeks with a big smile on my face, saying, “I’m an award-winning gardener.” If a plaque with my name and a tiny trowel attached to it gives me that much pleasure, imagine how happy I’ll be when God’s Beautification Award of Grace grants me a spot in heaven and a golden crown.

I’ll take that award any day. 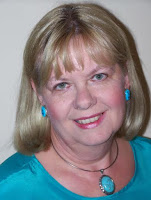 Award-winning author Catherine Castle has been writing all her life. Before beginning her career as a romance writer she worked part-time as a freelance writer. She has over 600 articles and photographs to her credit under her real name in the Christian and secular market.

Besides writing, Catherine loves traveling with her husband, singing, and attending theatre. In the winter she loves to quilt and has a lot of UFOs (unfinished objects) in her sewing case.

In the summer her favorite place to be is in her garden. She’s passionate about gardening and even won a “Best Hillside Garden” award from the local gardening club.