Romantic Reads: Hers for the Summer 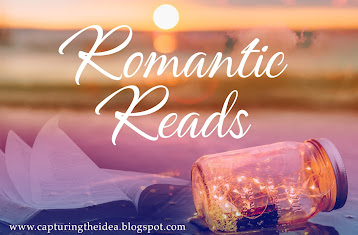 Interview with author Jill Kemerer about her book,
Hers for the Summer:
Congrats on writing a new novel for Harlequin’s Love Inspired!
Let's talk about it...
Alexis: Why did you write this story?

Jill: Thank you for having me! I wrote this story for several reasons. The heroine, Eden, is generous with her time and loves children. The hero, Ryder, lacks real family support but is also generous in different ways. His twin daughters are both struggling with difficult feelings about their mother as well as their love for Eden, their babysitter. I loved exploring how God brought the four of them together to bring healing to each of them.

Alexis: Let’s talk about the heroine of your story, Eden. What makes her happy? What saddens her heart? What brings her joy? Describe her looks, personality and hope for the future.

Jill: Eden is happy when her friends and family are happy. She never seeks the spotlight, but she’d love to find a man who cherishes her. She is dealing with sadness—the loss of her sister five years earlier—but events in the book help her make peace with it.

Alexis: Let’s talk about the hero of your story, Ryder. What makes him tick? What makes him glad? What is his motivation? Describe his looks, mindset and dreams for his life.

Jill: Ryder wants to raise his girls in the country near his brother. He loves seeing them thrive and feels guilty that he can’t be everything to them, since their mother isn’t very involved in their lives. He struggles with his feelings for Eden because he doesn’t trust his taste in women.

Alexis: What role do family relationships play in this story, especially with the twins?

Jill: The twins already know Eden from visiting their uncle Mason, who was Eden’s sister’s husband before she died. They’re happy Eden is their babysitter for the summer but being around someone so motherly brings up difficult emotions for them concerning their own mother.

Alexis: Let’s talk about the twins. What are their names? What is their gender? Describe their looks, personality and heart.

Jill: Harper and Ivy are five-year-old identical twins with long, dark wavy hair and dark blue eyes. Harper is rough and tumble while Ivy is more introspective. They fight the way siblings do, but they’re also fiercely protective of each other.

Alexis: What is it about the twins that made Eden fall in love with their precious hearts?

Jill: Eden loves how they look out for each other and find ways to cooperate while playing. It reminds her of growing up with her sister.

Alexis: Paint a picture with words of the setting for this story. What makes it special to Eden and Ryder?

Jill: This story is set in fictional Rendezvous, Wyoming, on the ranch Eden grew up on that Ryder recently purchased. He renovates the home before the story begins, and Eden is nervous about seeing it since it holds precious memories. The ranch and farmhouse play a big role in the book for both Ryder and Eden. It represents their hopes and dreams.

Alexis: Why did Ryder never want to marry again and what is it about Eden that might cause him to change his mind?

Jill: Ryder married a famous actress who made him feel special, but she lied to him throughout their brief marriage. He doesn’t trust his judgment when it comes to women. But there’s nothing false about Eden, and he slowly realizes he’s only hurting himself by guarding his heart.

Alexis: Is there anything that Eden does not like about Ryder? Explain.

Jill: Oh, yeah, Eden’s not a fan of Ryder at all when the story begins. She doesn’t like that Ryder bought her beloved childhood home. She hates that in the past he didn’t shield the twins from his arguments on the phone with their mother. And she doesn’t like some of the insensitive things he’s said since they first met.

Alexis: What brings Eden and Ryder together? What or who threatens to tear them apart?

Jill: Ryder needs a babysitter for the twins just for the summer. Their insecurities about love threatens to tear them apart.

Alexis: If you could step into this story as Eden and Ryder’s best friend, what advice would you give to help them in their journey through life, especially concerning their growing love for each other?

Jill: I would tell Ryder it was okay to fall in love with his ex-wife, that he didn’t show bad judgment—he just allowed himself to trust. And it’s okay to trust again. And I’d tell Eden her loneliness isn’t such a bad thing. We don’t all fall in love when we’re young. God brought her together with the right guy at the right time.

Alexis: What do you want readers to remember most about this story? Why?

Jill: I think we all need something different from any given book. I hope they remember what is most important to their heart at this time in their life.

Jill: Thank you for hosting me, Alexis! I enjoyed sharing the background of Hers for the Summer with you! 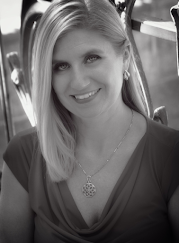 Her essentials include coffee, M&Ms, a stack of books, her mini-dachshund, and long walks outdoors. She resides in Ohio with her husband and two almost-grown children.
~*~Hers for the Summer book blurb: 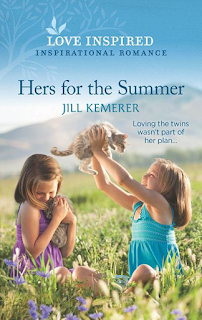 Loving the twins wasn’t part of her plan…
A family for the summer…
Or the beginning of forever?
Eden Page reluctantly agrees to babysit Ryder Fanning’s five-year-old identical twin daughters—but only for the summer. After that, she’s taking charge of her own life, even if it means leaving behind her family ranch that Ryder now owns.
But this cowboy, who’s determined never to marry again, could give her everything she wants…including the family and childhood home she loves.
~*~
Buy Jill's book on Amazon | Barnes and Noble | Christian Book | Target | Walmart

~*~
Enter this book giveaway contest for your chance to WIN a copy of this book by filling out the entry form on the Rafflecopter widget below:
a Rafflecopter giveaway
Posted by Alexis at Tuesday, February 23, 2021