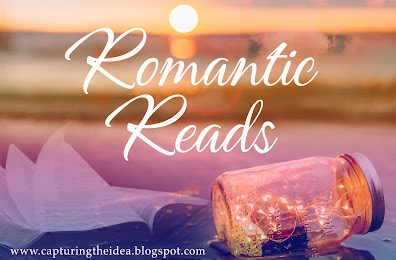 Luke 12:7 says, “Indeed, the very hairs of your head are all numbered. Don't be afraid; you are worth more than many sparrows.” This seems to point to the fact that God is intimately acquainted with our lives. However, Meadow, the object of Jonathan’s love, isn’t so sure. While she believes that God knows us, she’s not quite sure that He involves Himself in the minutiae of our lives. That is the question of the book.

At the start it seems as if God has brought Jonathan and Meadow together. They are two American strangers that hold the same ticket to a seat at a concert in London. Coincidence or Providence? They spend time with each other, and Jonathan is amazed at how many other coincidences occur. Yet when Meadow spends her last few days on a field trip to see the castles before she returns to the states, Jonathan receives some other providential signs that he should go after her. But where? To which castles?

This brings up another issue about God’s concern with the details of our lives. If He has one special person for each of us, how hard are we supposed to work to find that person? Jonathan seems to be working way too hard, and things don’t go as planned. So should he give up or keep trying to find her?

I’m not a chick flick fan, but I do enjoy a few: Julia Roberts in My Best Friend’s Wedding, Sandra Bullock in Miss Congeniality, Megan Ryan in You’ve Got Mail, and Kate Beckinsale in Serendipity. People who don’t have God in their lives have no trouble believing in coincidences, karma, destiny, and serendipity, but I believe if we ask God to lead, He will.

I know a man who prayed about finding a wife, and he believed God would direct his path, so he took his cues from his daily readings in the Bible. When he read that Isaac’s wife would come from the south riding on a camel, he took that to be his promise from God. Years passed and he forgot about it, until he found himself on a blind date with a gal who showed him pictures of her trip to Egypt, and you guessed it. They’ve been married for forty years.

If you liked the movie An Affair to Remember or Serendipity, you may like The Promise Keeper. 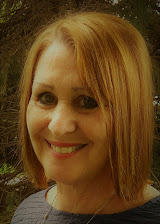 Sherri Stewart loves a good suspense novel, especially one that challenges her faith.

She proves that it’s never too late to achieve a dream. Her careers as teacher, principal, flight attendant and immigration lawyer have provided fodder for her books.

She's a member of Word Weavers International, ACFW, and the California Bar.

A recent widow, she lives in the Orlando area with her dog, Lily.
When she's not writing or teaching, you'll find her walking the Disney parks for exercise and thinking through plot lines or planning her next trip to settings for her book.

~*~
Blurb for The Promise Keeper:

Meadow meets Jonathan by chance when they end up with the same seat ticket to a concert in London. Chance or something more? Thus begins a whirlwind fairytale in London and in Wales. 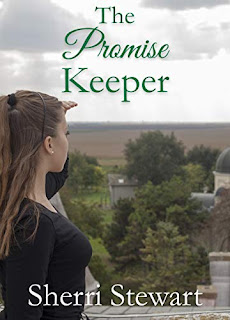 But all good things must end when Meadow returns to Atlanta and Jonathan heads back to law school in New York. They promise to keep in touch. Jonathan believes that providence has brought them together. Meadow’s not so sure, but they promise to meet at Christmas on the rooftop of Cardiff Castle in Wales in two years if they’re not already spoken for.

Will Jonathan keep his promise? If you enjoyed Serendipity and Sleepless in Seattle, The Promise Keeper is the book for you.