Devotionals for the Heart: Reasons why forgiveness is good for you 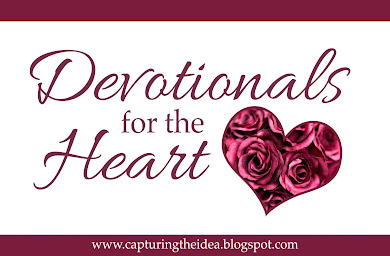 Forgiveness
A devotional by Julia Wilson

“For if you forgive people when they sin against you, your heavenly Father will also forgive you. But if you do not forgive others their sins, your Father will not forgive your sins.”
–Matthew 6:14-15 (NIV)
Forgiveness – we all need to forgive and we have all been forgiven. It sounds so simple but it is often hard to do.

I watched the movie Unbroken a few months ago. It is the true story of Olympic runner American Louis Zamperini. He ran in the 1936 Olympics in Berlin. During World War II his plane was shot down and he spent 47 days in an inflatable boat before being rescued by the Japanese and interned in a prisoner of war camp where he was treated cruelly. It was an excellent movie but harrowing. We saw Louis Zamperini promise God that if he was rescued, he would serve God all of his days. It was a powerful movie.

Then I watched Unbroken: The Path To Redemption – oh wow, that was an amazing true movie covering the years 1945-1950. Louis Zamperini returns to the States, trying to cope on his own as he suffers from PTSD. He has flashbacks to his POW days and can never escape the face of his biggest tormentor, the Fish. As he immerses himself in alcohol, his marriage is on the rocks.

Louis Zamparini’s wife attends a Billy Graham revival meeting in Los Angeles in 1949. It is here that she accepts Jesus and begins to love Louis unconditionally as God loves her. She asks him to go to a revival meeting with her. He goes but reluctantly. He walks out. He goes the next night and is walking out again when he has an encounter with the risen Lord. It is powerful to see it played out but the best is yet to come.

Louis Zamparini returns to Tokyo in 1950, to visit a prison where the cruel Japanese guards are held. He stands before the inmates except the Fish who is yet to be found, and he forgives them all. He asks if the Fish is found, would they give him his (Louis’) Bible. Louis forgave much because he knew he was loved and forgiven by God.

Both movies are very powerful and well worth watching as you witness the love of the risen Jesus Christ and the power of His love to help us to forgive.

Another powerful tale that comes to mind is that of my hero, Corrie ten Boom. She and her sister Betsie, as Dutch Christians, helped to hide Jewish people during World War II. They were both caught and imprisoned in Ravensbrück where Betsie died.

Years after the war, Corrie ten Boom was speaking in Germany. At the end of the meeting she saw the former concentration camp guard (responsible for Betsie’s death) coming towards her with his hand held out. Corrie knew she could not, nor did she want to, forgive him. She prayed “Lord, not in my strength but Yours” and a power went down her arm as she reached her hand out to shake the former guard’s hand. She forgave in the strength of the Lord.

Forgiveness is something that many of us struggle with but we must forgive because Jesus has forgiven us. I have heard it said that to withhold forgiveness is like drinking poison and expecting the other person to die. Or like sitting on the branch you are sawing off.

If we withhold forgiveness, we risk becoming bitter. We carry a burden that was never meant for us. When we forgive, our burden is lifted, our spirit is lighter and we can move with freedom into the future. Often the hardest person to forgive is the face in the mirror.

We need to remember that we are loved by God, confess our sins to Him and receive His forgiveness, and then live loved and forgiven.

If you feel burdened today, please join me in this prayer: Dear God, I come to you with a heavy burden. I ask that You take this burden from me. I do not want to carry it any more. I freely confess my sins to You. Help me to forgive myself. Help me to forgive those who have wronged me. Thank you for Your forgiveness and love. In Jesus’s Name I pray, Amen.

My name is Julia Wilson but I also go by Christian Bookaholic. 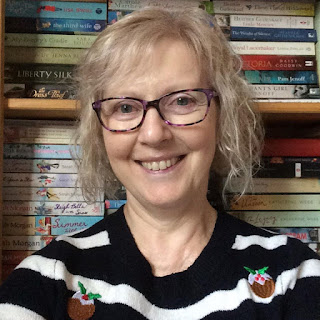 I live with my husband and five cats in a small town in Worcestershire on the banks of the River Severn (England). We have four grown up children and three granddaughters.

I have always loved reading and have always been surrounded by books. I used to work as a teaching assistant for special needs in the local high school. Ill health forced me to stop working in December 2015. I have Chronic Fatigue Syndrome (known as M.E.) and fibromyalgia. I now have plenty of time to read and review books!

Our eldest son set up my Christian Bookaholic blog. I review every book I read. I read over 300 books a year. I read Christian and mass market. I prefer stories set from 1850 onwards. My favourite type of books to read is stories set in WWI and WWII, and Russia under Czar Nicholas II.

I am a historian, having a Combined Humanities degree where I majored in History and minored in English. I also love swimming. I only learned how to swim in 2017 and go swimming four mornings a week for 90 minutes before breakfast, it keeps my joints going.

I am also a crazy cat lady. I absolutely love my cats. I have grown up with cats and cannot imagine life without them. My dream is to own an old fashioned seal point Siamese … but not while we have our young rescue cat as she hates other cats!

I love God and love going to a large lively church called Lifecentral. I cannot imagine life without God. He gives a peace even when life does not. He guides my life. He is my Rock.
Posted by Alexis at Wednesday, October 28, 2020