Devotionals for the Heart: When Jesus Christ is moved by our tears 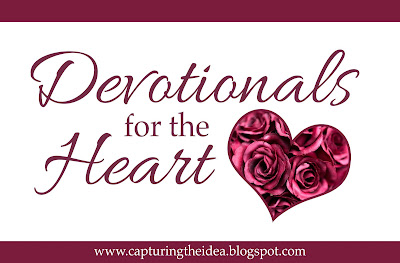 Moved By Tears
A devotional by Sharon Musgrove

The story of the death and resurrection of Lazarus, as told in the book of John, chapter 11, has held me captivated. There are several stories being told within this account, each worth its own attention, yet what is highlighted for me are the movements of Jesus.

We read, early in John 11:5 that Jesus loved siblings Martha, Mary and Lazarus. This family had a strong relationship with God’s son. It is no surprise, that when Lazarus becomes deathly ill, the sisters sent word to Jesus, certain he would heal their brother.

Being wholly God, Jesus knows the outcome of this situation, saying such to his disciples, “This illness does not lead to death. It is for the glory of God, so that the Son of God may be glorified through it.” (John 11:4 ESV) His foreknowledge in God’s plan was his confidence and there was no urgency in moving quickly.

Mary and Martha had an expectation of the Lord that did not align with God’s omnipotence. Their belief was revealed in their words found later in the chapter.

Isn’t that how we often feel when our life circumstances are out of our control and our vision of what God can do is small? We cannot see the future, but we can believe that we have one. Mary and Martha saw death as the end of the story, but Jesus knew more. The same is true for us today.

Jesus did show up, and in plenty of time.

His arrival came during the weeping. The text does not state that Martha wept. It does say she went to him (John 11:20) while Mary remained at home. Was Martha angry? Charging ahead with accusations? Or was it Mary who was sick of heart, not wanting to look at the one who had disappointed her?

Jesus reaches out to both. Whether we run to him in distress or postpone addressing him, our Savior comes.

Mary was surrounded by consolers, according to the text (John 11:31). This Mary, who had sat intently listening at the Teacher’s feet (Luke 10:39), now heard a chorus of pity. Is it no wonder she wept when the voices closest echoed, “Could not he...”

Jesus was deeply moved. The Greek word for this feeling is “embrimaomai.” Right then his spirit became indignant (John 11:33). Jesus was accustomed to hearing doubt and accusations. Had not he just engaged Martha on the same concern? Yet here, this encounter moved him to immediate action. Death had not changed his pace, so what did?

Threat to one of the Shepherd’s sheep motivates action. It moved him to tears. “Then Jesus, deeply moved again, came to the tomb. It was a cave, and a stone lay against it.” (John 11:38)

When his people cry, Jesus takes action! He protects God’s precious children from Satan’s lies. This death and resurrection precedes his own by only a handful of days. Days! I can’t help but think it quickened his pulse to know his fate looked like this, only he’d be the one stinking up the grave. If he was on the inside of the tomb, who would be on the outside moving for him?

The will of the Father.

John recounts, in chapter 6, the earlier words of Jesus, “All that the Father gives me will come to me, and whoever comes to me I will never cast out. For I have come down from heaven, not to do my own will but the will of him who sent me. And this is the will of him who sent me, that I should lose nothing of all that he has given me, but raise it up on the last day.” (John 6:37-39 ESV)

A prayer, a cry and the man who died came out.

Friends, God hears our cries. He will always be right on time. God moves when we are threatened. And His will is that we, with Christ, are resurrected. 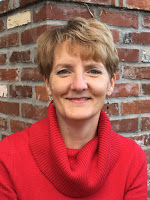 In her leisure time, Sharon enjoys her garden, health food, travel and a good story. She and her husband, Jeff, make their home in Oregon’s Willamette Valley. They have two grown children. Currently, Sharon is writing her first Christian historical fiction novel utilizing her study, experience, and understanding of self-destructive behaviors.
Posted by Alexis at Wednesday, June 10, 2020