Christmas on My Heart: The Swan 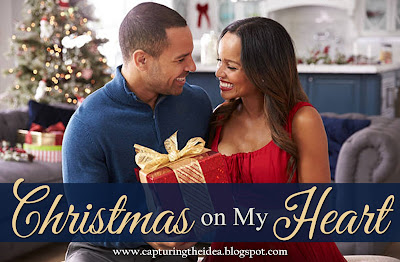 The Story Behind The Swan (book) by Piper Huguley:

Caroline Lee had a dream about a romance series. She asked me, via a Facebook DM, if I would join in her dream about 12 mail-order brides coming to a fictitious Colorado town to establish families so that the railroad might come there. The theme would center around “The Twelve Days of Christmas” and each author would write a novella that would culminate in the couple getting married on their particular day. We were also encouraged to entitle our books after the motif of our particular day and to somehow use that motif in the stories.

What an opportunity! I said yes and agreed to meet with her and several of the other chosen authors at the Romantic Times convention in May 2017. At that meeting, everyone went to claim their particular day and motif. Days 1, 12 and 5 were already taken by the three authors who would start, finish, and have a key day in the events of the town. That’s how I became “The Swan” and my story would center around the marriage of my couple on Day 7.

The authors had to keep in touch regularly to ensure that the events of the story over the days flowed smoothly together. Being in the middle was not easy. Also, I had a complex idea for my story. I knew that at the time the story took place (1876) interracial marriage was illegal in most of Colorado. What if I made that my major complication? What if my couple were interracial? How would they skirt the law to be able to marry? The deal over the arc of the series is that twelve couples had to marry to make sure that the railroad could come through. How would such a couple be able to find a happy ending when the law wouldn’t permit it?

I also knew that the phenomenon of Black people who also were able to pass in white society was something that occurred in 1876. So my mail-order bride would be a young woman who would be able to pass for white and was intent on camouflaging her racial heritage to go to Noelle to marry. She was also intent on going to Noelle to confront her mother, who had abandoned her as a young child. The end of “The Swan” is a bit twisty, but I pulled it off in a way that let me be reassured that my couple would be able to have their HEA in a community embraced them both.

The swan motif is woven into the story in several ways. Some are easy “easter eggs” to find. The heroine’s name is Avis, which means bird. She also happens to have a long neck. The name of the general store she works in is called Cobb’s Penn. A cob is a male swan and a pen is a female swan. Learning swan stuff as well as creating this couple, whom I based on Meghan Markle and Prince Harry, made the creation of the story fun.

I specialize in writing romance that speaks to the belief that we are all God’s children and are all precious in His sight, no matter what color we happen to be. I was extremely grateful to Caroline and the other authors that they allowed me to write a story that was truthful to this ideal and to the time while touching people’s hearts.

In 2018, “The Swan” won two Maggie awards—one for romance novella and the other for best book by a GRW member. I’m very proud of this Christmas story, and I hope you will enjoy it as well.

Piper G. Huguley is a two-time Golden Heart ®finalist and is the author of “Migrations of the Heart,” a three-book series of historical romances set in the early 20th century featuring African American characters. Book #1 in the series, A Virtuous Ruby, won Best Historical of 2015 in the Swirl Awards. Book #3 in the series, A Treasure of Gold, was named by Romance Novels in Color as a Best Book of 2015, received 4 ½ stars from RT Magazine, and won an Emma Award for best historical romance in 2017. 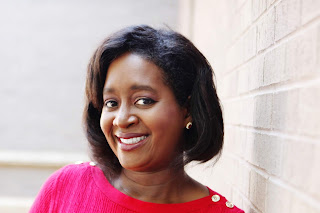 Huguley is also the author of the “Home to Milford College” series. The series follows the building of a college from its founding in 1866. Book #1 in the series, The Preacher’s Promise was named a top ten Historical Romance in Publisher’s Weekly by the esteemed historical romance author, Beverly Jenkins and received Honorable Mention in the Writer’s Digest Contest of Self-Published e-books in 2015.

Her new series “Born to Win Men” starts with A Champion’s Heart as Book #1.

A Champion’s Heart was named by Sarah MacLean of The Washington Post as a best romance novel selection for December 2016.

She blogs about the history behind her novels at http://piperhuguley.com.

She lives in Atlanta, Georgia with her husband and son.

Avis Smith is willing to go to Noelle to marry a man she doesn’t know in order to avenge a fourteen year wrong — her abandonment to a life of misery and abuse when she was just six years old. In order to get to Noelle, she has to lie about who she is, but her thirst for vengeance is so strong, she transforms herself into the pious, beautiful bride that JD Jones wants. Still, she never expected to be abandoned at the altar. 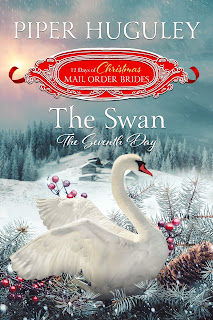 His work as an abolitionist and fighter for justice will not allow storekeeper Liam Fulton to turn his back on the beautiful woman his archenemy is willing to leave at the altar. He figures a way to help Avis out of her predicament, offers to showcase her in his store so that other potential grooms in Noelle will see her and might want to marry the young woman with the long and elegant neck.

When swans mate, they mate for life. When Liam offers to help Avis, he never expects that in working with her to find a resolution to her problem, he discovers a fierce need to protect her. Avis doesn’t know that she might find something better than what she was looking for--a new way to a family and bonds of a strong and life-long lasting love.

a Rafflecopter giveaway
Posted by Alexis at Tuesday, December 18, 2018