Thoughts on the Christmas season and preparation for Heaven 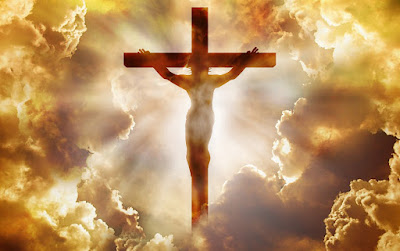 A devotional by Alexis A. Goring

American author Hamilton Wright Mabie is famous for this saying that truly encapsulates the Christmas season. He said, “Blessed is the season which engages the whole world in a conspiracy of love.”

While preparing the house for Christmas this year, my Mom and I scurried about, setting up the traditional Christmas tree (ours is not real), filling the house with festive decorations, bright lights and Christmas items throughout all while playing her Christmas music that was popular in the 70’s and still resonates today, a thought occurred to me: Are we preparing for Heaven?

Just like people around the world prepare for this Christmas season weeks and sometimes months in advance and they take it seriously, are we as Christ-followers serious about preparing for The Second Coming of Jesus Christ? Are we looking forward to going home to Heaven when He returns to take us there? Are we playing songs that show our hope for something better than Christmas (an eternity spent with our Creator, free of pain and sin)? Songs like “When We All Get to Heaven” (a church hymn) come to mind and I realize that while Christmas is such a wonderful season to anticipate, Christ’s Second Coming takes the cake!

It is an event that we all must take seriously because there is no other option than heaven or hell. You’re either accepting Christ’s gift of salvation then choosing to follow Him which means you’re going to Heaven OR you’re allowing the temporary trappings of this world to indulge you and you’re being led astray by the enemy of Christ whose only intention is to lead you to hell. The enemy knows how beautiful Heaven is. He also knows how much God loves you and wants you to be there. The enemy is aware that when his time is up, he’s bound to hell and he wants to take you there with him. Don’t be fooled by the guises of the devil. Don’t allow him to distract you from your destiny.

Remember that there is a loving God who created you and wants you to be reconciled to Him. Reject the ways of the world that are against God and embrace His plan for your life. God’s plan for you includes restoration and eternal life. You can trust that it’s filled with more than this world in its sin-affected state can offer. The Bible says that no eye has seen nor ear has heard nor has the mind imagined what God has prepared for those who love Him (1 Corinthians 2:9)! God’s way may look strict when you compare it with the ways of this world, but if you remember that He wants to protect you and save your soul—and that in the end, He WINS—then the future is brighter than Christmas lights. You will be okay if you stay within the boundaries that He set to keep you safe and saved!

Years ago, I saw cartoon about a man who was racing toward the end of a cliff, only he didn’t know it was a cliff. If he kept going full speed ahead, he would fall to his death. His friend, who saw the life-threatening danger ahead, was chasing after him shouting at him to stop, warning him that he was going to die if he kept on going. The illustration was to show that this is us! It’s our human condition. We race for the things in life we think that we want. We are mesmerized by the glamorization of sin. We think that our own way is the best, but the Bible says in Proverbs 14:12 (KJV), “There is a way which seemeth right unto a man, but the end thereof are the ways of death.” But often, all we can see with our finite minds is the glamour and the allure of sin so we keep pursuing it because we want more but what we don’t realize is that at the end of that pursuit of worldly happiness is death.

Salvation is pretty simple: Jesus Christ paid the price for our sins (a physical death and spiritual death in the form of the separation from God) so that WE would NOT have to pay it! We were all destined to eternal death because the wages of sin IS death! But thanks to Christ, we have HOPE! The Bible says in Romans 6:23 (KJV), “For the wages of sin is death; but the gift of God is eternal life through Jesus Christ our Lord.”

Our hope lies in the fact that after Christ had gone to the grave for three days, He rose again! God’s NOT dead! He is alive and Jesus Christ is in Heaven interceding on our behalf. He is our Mediator. A bridge between God and mankind. He’s working hard to give us every opportunity to be saved. He’s chasing after us as we’re running full speed ahead to the edge of that cliff. He’s doing everything that He can to show us that the ways of the world and indulgence of sin lead to eternal death and that He wants us to reject the devil’s plans for our life and choose His life, eternal life.

I encourage you to slow down and let Jesus Christ catch you! Let Him prevent you from plummeting to your destruction. Let Him save you. Falling in love with Jesus is better than falling in love with this Christmas season. Because unlike the holidays, a life with Christ in the center of it is something you can take from earth to Heaven. His love for you spans eternity. Won’t you choose Him this Christmas? Salvation given by Jesus Christ is the BEST gift you’ll ever have because it will result in eternal life!

Yes, blessed is this beautiful holiday season but greater is God’s unconditional, eternal love for you. Seek Him! He’s already chasing after you.
Posted by Alexis at Sunday, November 25, 2018