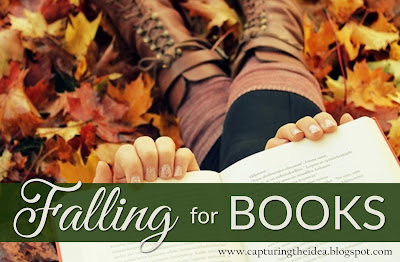 Interview with Sally Bradley about her book, Homestands:

Sally: It started years and years ago just as a what-if. What if a superstar athlete had a child he didn’t know about? And what if he and that child met at a game and he autographed a baseball for his own son? What would happen next?


Alexis: What does your book’s title, “Homestands” mean?

Sally: Homestands is what you call a bunch of baseball games that are all played at the home team’s stadium, all in a row. A team may have a ten-game homestand. That means those ten games in a row are all at home. And since this was a story of a broken home being put back together, there was a play on words in there too.

Alexis: Homestands is book number one in your Chicago Wind book series. What inspired this series? Tell us about it and give us a hint about the plot for book number two.

Sally: The inspiration behind this series is second chances for people, for couples, for families. Book two, Shelf Life, is about a woman who has become a Christian while her husband has not—and instead of helping their ailing marriage, her new faith only makes it worse. And then there’s that pesky death threat her husband’s receiving that makes life difficult!

Alexis: Why do you call Homestands a Christian reconciliation romance?

Sally: Honestly? To make it clear to book buyers what they were getting into! When my book released as a stand-alone (it had first released in a box set that hit the USA Today bestseller list), a lot of my readers had already bought it and it somehow seemed that general market romance readers found it instead—I think because the cover was so amazing. But the problem was that those general market romance readers HATED it! They absolutely hated the forgiveness aspect, which I found so interesting. They did not want to see my heroine forgive a man who had hurt her. So I added that little phrase to information about the book so people would realize what kind of a book they were going to be reading.

Alexis: What role does your faith in God as an author play in your storytelling?

Sally: It colors everything! My plot, my characters and how they think and behave… I don’t believe every story by a Christian has to be solidly Christian. I am fine with a good story that’s just a great read. But when I sit down to write a book, what I’m learning in my relationship with God will bleed into the story. It just does. God is so important to me that I can’t keep Him out of my books.

Alexis: Let’s talk about the hero of Homestands, Mike Conner. Describe his looks, background, and purpose in life. What are his strengths and weaknesses?

Sally: Mike is that extrovert who really knows how to get along with people. He’s the life of the party, but he’s not an attention grabber. He can have fun with people and not have it be all about him. He’s got a bit of a baby face—he’s always looked younger than he is. He’s tall, dark-haired, and extremely athletic. That’s how he makes his very good living!

He’s also the youngest of three kids and was a surprise who came along when both his sisters were in high school. His sisters adored him, and he felt the same about them. So family has always been important to him, but because his parents were so much older than him, he wanted to have kids—and lots of them—immediately. This was a big issue between Mike and Meg, who wanted to wait to have kids so she wouldn’t be raising them alone while Mike traveled the country and played baseball.

Alexis: Who is Terrell and what role does he play in this story?

Sally: Terrell is Mike and Meg’s little boy who got away from Meg to ask his hero—who just so happened to have the same last name as him—to autograph his ball. He was a lot of fun to write. He’s the entire reason Meg and Mike are reunited and forced to be together, and sometimes he could just say things that no adult would say!

Alexis: Let’s talk about the heroine of Homestands, Meg Conner. Describe her looks, personality, and heart. What are her biggest dreams and fears?

Sally: Meg’s biggest fear is that Mike would find out she’d hidden her pregnancy from him. It was also her best way to take revenge on him, which she now regrets. She’s much quieter than Mike, more content to be alone and work on her business, interior design. She’s made a life for herself without Mike, but it’s been very hard and she’s struggling now with doing the right thing—telling Mike he has a son—when Terrell just lays it out there for her.

Alexis: What brings Meg and Mike back together and what threatens to drive them apart forever?

Sally: Terrell brings them together, but it’s holding on to their own hurts and refusing to acknowledge their part in their failed marriage that could drive them apart.

Alexis: What role does your characters’ faith in God play in this story?

Sally: Meg is a new Christian who’s growing—until she realizes she’s done wrong by keeping Mike from his son. For the first time, she’s faced with dealing with something she’s done wrong and moving forward—or not—in her Christian walk. None of Mike’s relationships since Meg have worked, and he begins to think it’s because he threw the perfect girl away, when the reality is that he needs fulfillment in God, not in a woman.

Alexis: What was the most challenging part for you as the author in writing this book?

Sally: Getting inside my male character’s head. This was the first contemporary novel I wrote, and early drafts had Mike thinking and acting too much like a woman would! I’d like to think I fixed much of that before the book met my readers.

Alexis: What’s your favorite scene in this story? Why?

Sally: I love the scene where Meg visits Mike’s house for the first time. You can see how they would have complemented each other as a couple if they’d just worked at loving each other instead of themselves. And then so much happens in that scene that it leaves you wondering how they will ever get back together.

Another favorite scene I just remembered is when they spend some time on one of Lake Michigan’s beaches as a storm is nearing. Meg and Mike are starting to feel their way back to each other—and then Meg asks a simple question that sends them both reeling. Love the drama in that scene!

Alexis: If you could step into your story as a licensed marriage counselor, what counsel would you give to Mike and Meg? Why?

Sally: Focus on loving God. If you love God, you’ll be deep in His Word, and you’ll be obeying it. If they would just commit to following God and what He says before anything else, they’d find their way back to each other.

Alexis: Thanks for the interview, Sally! 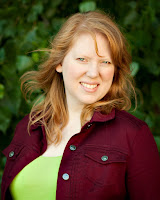 A Chicagoan since age five, Sally has been fascinated by all things Chicago (except for the crime, politics, and traffic) for almost as long.

She now lives in South Carolina with her family, but they get back to Chicago from time to time for important things, like good pizza and a White Sox game.

A USA Today bestselling author, Sally has won a handful of awards for Homestands, Kept, and another work-in-progress. 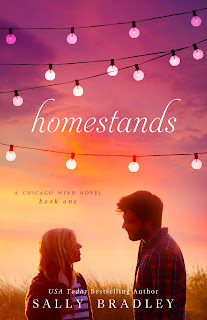 When baseball star Mike Connor stumbles across his ex-wife six years after their divorce, he’s stunned to find that she's the mother of a kindergartner who wears his jersey. And shares his last name.

The last thing Meg Connor wants is to be around Mike. After all, he was the one who hurt and abandoned her. But she can’t deny him—or their son—time together to build a relationship, which means Mike is around too often, reminding her of why she fell in love with him so long ago. If only she could forget their past… The painful and the good.

Between their guilt and closely held hurts, Meg and Mike struggle against each other, their feelings, and God as they fight their own desires for the future, a future that might never happen when the past that tore them apart collides with their present.

a Rafflecopter giveaway
Posted by Alexis at Sunday, November 04, 2018