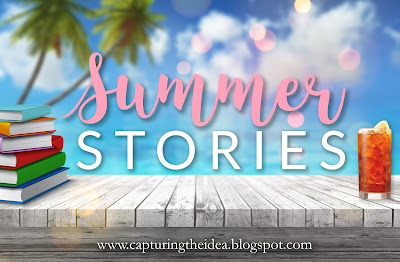 Interview with Darlene Franklin, about her book, Of Cash and Cats:

Alexis: Why did you decide to retell the classic fairytale, Puss ‘n’ Boots, with your story Of Cash and Cats?


Darlene: I fell in love with retelling fairy tales when I wrote my two previous books (Cinderella’s Boots and Mermaid’s Song). I also love boots and cats. When I picture the ramshackle barn the younger son inherited as a fishing shack, complete with a kitten in a gigantic fisherman’s boot, the story flew.

Alexis: Who is Max Roy and what is his role in this story?

Darlene: Max Roy plays the role of the human hero in Puss ‘n’ Boots, the one the cat makes good things happen for. His kitten Bootsie doesn’t talk in a human language or perform any trickery but he does perform a vital role in the story.

Alexis: What is Max’s motivation? Share his backstory and his outlook on life.

Darlene: Max is the youngest of three brothers, from whom he’s alienated. He chose to go into a different business than the family business (I won’t say more, or else I’d spoil the story). He was okay in going by the name “Roy,” which was an Americanization of the French name, Roi. But he balked when his father and brother changed the name to King (the English word for Roi) after his mother died. He just doesn’t fit into their dynamic.

Max’s father recently died. His will included an interesting stipulation: he would support Max’s dream for six months, no longer. If at the end of six months, if Max doesn’t return to the family business, he will be cut off. Mr. King didn’t realize Max was already a huge success.

Max’s outlook on life? Oh, it’s been a while since I wrote it. But from what I can remember as the author of this book, Max doesn’t believe in putting on a show. He’s satisfied with living very simply and doesn’t give Alyvia a clue as to his true identity until late in the book.

Alexis: What role does a kitten play in this tale?

Darlene: The hero and heroine meet while chasing their cats. The same kitten features in both of their work. Again, not giving away the story’s secret. Bootsie’s images reveal a lot about what is happening with her person, Max.

Alexis: Why does Max believe that finding a kitten in fisherman’s boots will bring him good fortune and love?

Darlene: I don’t know that believe the kitten will bring him good fortune and love, but he loves when women are attracted to his furball! And I’ve said, Bootsie leads him to new business opportunities.

Alexis: Who is Alyvia Bailey and what is her role in this story?

Darlene: Alyvia Bailey is the heroine of the book. She is a native of East Boothbay, Maine (my parents’ hometown). Alyvia teaches kindergarten and does part-time work.

Darlene: Alyvia is a true Mainer, doing everything she can to stay in her home town, enjoy coastal Maine and pursue her dreams. She loves to help others. She’s never met a stranger, and she’s eager to help anyone in need. She has long dark hair and can usually be found in blue jeans.

Alexis: How do Alyvia and Max meet? What do they think of each other?

Darlene: They meet when their cats cross paths. Alyvia has a full-grown tomcat. Then Alyvia invites Max, whom she perceives as a summer vagrant because of his living quarters, to work for her. Max is attracted to this woman who is so determined to help.

Alexis: Why doesn’t Max want to pay Alyvia for working on remodeling a center for those who need a place to stay?

Darlene: For one thing, he doesn’t need the money. And the venture needs of all the money she can raise. For another thing, the terms of his father’s will prohibit it.

Alexis: If you could step into your story and spend a day with Alyvia and Max, what would you do? Why?

Darlene: I’m not a huge fan of fishing, but perhaps Max could take Alyvia and me out on the boat for one of those morning conversations with God and cruises up and down the coast for a bit. We could stop by the place where my parents used to live. Alyvia might have been in the daycare at the YMCA where my mother worked! Maybe not. My mother stopped working sometime in the late ‘90s.

Alexis: Thanks for the interview, Darlene! Do you have closing comments?

Darlene: Of Cash and Cats is an intensely personal story for me on a number of levels. It’s set in the town where my mother lived with my stepfather for twenty-eight years, and it’s the Maine my children got to experience.

I hope my love for my home state comes through loud and clear. Not only that but also Alyvia Bailey is a compilation of my first-great granddaughter’s middle name and her middle name. So you see? Maybe we are related! 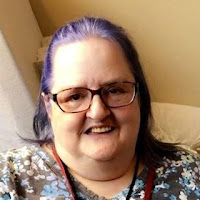 Best-selling Amazon and ECPA author Darlene Franklin’s greatest claim to fame is that she continues to write from a nursing home.

She keeps going because God keeps giving her more assignments. 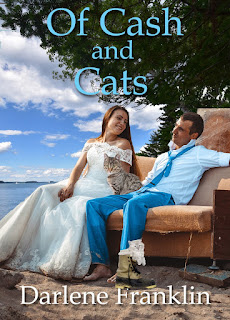 In this retelling of the classic fairy tale, Puss ‘n’ Boots, the kitten Max Roy finds in a pair of fisherman’s boots brings him good fortune and love. But the going isn’t easy.

When do-gooder Alyvia Bailey meets Max riding a bike and living in a ramshackle fishing shack, she assumes he’s one of the transients she wants to help.

She’s puzzled when he refuses pay for working on her project--remodeling a center for those needing a place to stay.

Two cats weave in and out as they move forward to a surprising finish and bring love on kitten paws.

~*~
Buy Of Cash and Cats on Amazon

a Rafflecopter giveaway
Posted by Alexis at Sunday, September 09, 2018