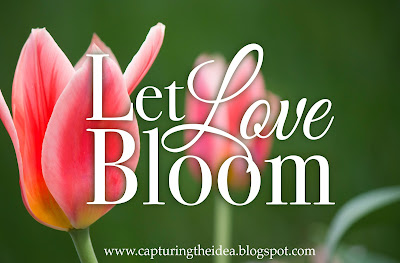 Interview with Lena Nelson Dooley about A Heart’s Gift:

Alexis: Congratulations on your book winning RWA’s Faith, Hope, and Love Reader’s Choice Award! Let’s talk about your award-winning story. What inspired you to write A Heart’s Gift?


Lena: I love "marriage of convenience" stories. This one percolated in my mind for quite some time before I wrote it.

Alexis: Who is Franklin? Describe his heart and his motivation.

Lena: He is in guarding his heart mode at the beginning of the book.

Alexis: Why is Franklin so guarded?

Lena: He had been engaged several years before, and she walked out on him not long before the wedding. This strong cowboy decided never to give his heart again.

Alexis: Franklin is torn between guarding his heart and wooing a woman because he wants an heir. Why?

Lena: Actually, he doesn’t plan to woo her. He plans to marry her to help her so she won’t have to worry about how she will take care of her newborn son.

Alexis: Who is Lorinda? Describe her personality and her motivation.

Lena: Lorinda was mistreated by her father and uncle after her mother died when she was only 5 years old. The men were mean drunks, so they didn’t really have much since they drank away most of the money they made.

Alexis: What is Lorinda’s deepest desire and her greatest fear?

Lena: She really wanted to get away from their domination.

Alexis: Give us a glimpse into Lorinda’s backstory. Who is her son’s father? What happened to him?

Lena: Her first husband rescued her in the middle of the night and took her to a parson in another town to marry him. He leaves to take the gold from their mine to Denver. He never returns.

Alexis: Why is Lorinda struggling to provide for her infant son? What or who gives her hope in her trying situation?

Lena: An arsonist burned the cabin where she lived while she was pregnant.

Alexis: What role does your characters’ faith in God play in their story?

Lena: When Lorinda spends much of the winter alone in the cabin, the only book she had to read was the Bible. That’s when she came to know the Lord.

Alexis: What attracts Franklin to Lorinda and what softens Lorinda’s heart to his?

Lena: I don’t want to give away that much of the story. I will tell you that while I was writing it, God turned the story into a suspense novel about 2/3 of the way through.

Alexis: What do you want people to remember most about this story?

Lena: That God’s plans for you are always best and often far different from what you planned.

Lena: I love my readers. They are on my mind while I’m writing any book. I love to hear from fans. I really appreciate those who write reviews of my novels.

Multi-published, award-winning author Lena Nelson Dooley has had more than 875,000 copies of her 40+ books sold. Her books have appeared on the CBA, Publisher’s Weekly, and ECPA bestseller lists, as well as Amazon bestseller lists.

She has experience in screenwriting, acting, directing, and voice-overs. She is on the Board of Directors for Higher Ground Films and is one of the screenwriters for their upcoming film Abducted to Kill. She has been featured in articles in Christian Retailing, ACFW Journal, Charisma Magazine, and Christian Fiction Online Magazine. Her article in CFOM was the cover story.

In addition to her writing, Lena is a frequent speaker at women’s groups, writers groups, and at both regional and national conferences. She has spoken in six states and internationally. The Lena Nelson Dooley Show is on the "Along Came A Writer" Blogtalk Radio network.

Lena has an active web presence on Facebook, Twitter, Goodreads, Linkedin and with her internationally connected blog where she interviews other authors and promotes their books. Her blog has a reach of over 65,000.

Because of an earlier betrayal, Franklin vows never to open his heart to another woman. But he desires an heir. 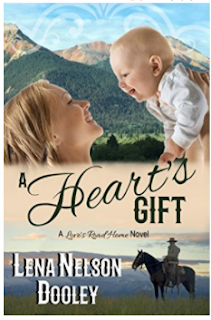 When Lorinda is finally out from under the control of men who made all the decisions in her life, she promises herself she will never allow a man to control her again. But how can she provide for her infant son?

Marriage seems like the perfect arrangement until two people from Franklin's past endanger Lorinda. How can he save her? And how will this affect the way they feel about each other?