Devotionals for the Heart: A Drought, God's Love and Rain 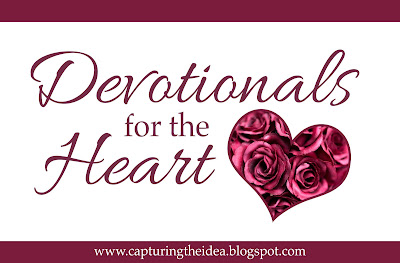 Love in the Time of Drought
A devotional by Dana McNeely


Now Elijah, who was from Tishbe in Gilead, told King Ahab, “As surely as the Lord, the God of Israel, lives—the God I serve—there will be no dew or rain during the next few years until I give the word!" ~ 1 Kings 17:1 NLT

There are always consequences, aren’t there? Tough love. Maybe you’ve told your child, “Stop that right now or you’re grounded.” Or “Get your homework done before dinner or no TV.”

When the prophet Elijah appeared on the scene, the northern kingdom of Israel had grown worse than the most disobedient child you can imagine. They no longer worshiped Yahweh, the one true God, but many gods. Their king, Ahab, had married Jezebel, a pagan princess from the city of Tyre. As queen of Israel, she’d convinced her husband to build two temples to the Ba’als, the gods of the Canaanites. Those gods promised fertile harvests and encouraged followers to participate in drunken fertility rites. Ba’al worship became popular throughout the land while Yahweh worship all but ended. Queen Jezebel was killing all the prophets of Yahweh she could hunt down, so prophets and believers kept a low profile.

Except for one prophet, an in-your-face kind of guy. Elijah strode into the temple of the rain god and announced there would be no more rain until his say so.

Bold words from a mere shepherd. And they didn’t fall on friendly ears. Israel had already suffered about six months of drought as harvest ended, and they expected “the early rains” to soften the ground for planting. King Ahab was probably there enjoying the wine and the beautiful priestesses. His palace guards were there to protect him. They could have silenced Elijah with a sword stroke.

But God had sent him for a purpose. Like a good father, God intended to allow Israel to reap the consequences of their actions. Three and a half years of drought devastated the rural community that depended upon rain for crops and herds. Tough love. It wasn’t as if God hadn’t warned them.

"Be careful. Don’t let your heart be deceived so that you turn away from the Lord and worship other gods. If you do the Lord will shut up the sky and hold back the rain and the ground will fail to produce its harvests." ~ Deuteronomy 11:16, 17 (NLT)

God is love. But love wears many faces. It may be gentle or stern. The Lord, our father, and shepherd, won’t allow his children to keep walking a path that leads away from Him, that leads to destruction. He calls us back. He turns us around. We may need tough love.

What are your thoughts?

· Do you ever read the Old Testament? Do you find it has relevance for your life?

· How could Elijah so bravely confront evil powers? Hint – James 5:17

· Was God unkind to send drought and bring Israel to its knees?

· Not every hardship that comes is a result of sin. But I’ve experienced God’s tough love.

Afterward, I also found blessing. What about you? 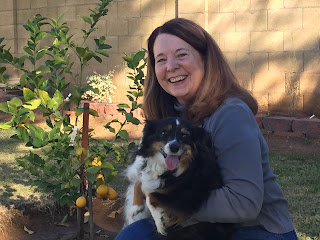 Inspired by the Bible story of Elijah and the widow’s son, Dana McNeely wondered why the prophet had come to stay with these two. Who were they? What was their life, before? And how did the boy change after dying, seeing the other world … and coming back? Dana began research for her novel, “Rain,” which tells the story of the three-and-a-half-year drought from the boy’s perspective.