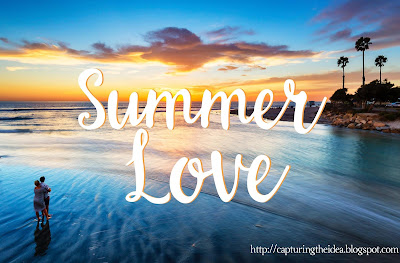 Alexis: How did you dream up the title for your book, Carolina Dream?

Regina: Funny you should word it like that! I literally had a dream—you know, one of those that would NOT go away—and it became the impetus for the story and plays a large part in the heroine’s decision-making!

Alexis: Sarah Crawford is the heroine in your story. What qualities make her a heroine that readers can root for?

Regina: Sarah is a real person (as far as fictional characters go). She’s been hurt, but she’s doing her best to move on, do what is expected of her, and seek God’s will for the next step in her life. It’s that whole “listening” part of prayer that is giving her a hard time!

Alexis: Why did Sarah and her fiancé end their engagement? Who is he marrying now? How does his upcoming wedding affect Sarah’s heart and propel her to go to South Carolina?

Regina: I hope to go into more detail about Sarah and her broken engagement in book two (spoiler alert! Lol!), so let’s just suffice it to say that he’s not marrying Sarah. She thinks she has recovered from the heartache, but when she realizes that she has not, the South Carolina trip is her way of running away from it.


Alexis: Jared Benton is the hero of this story. What kind of business is he in? Describe his looks, personality, and heart.

Regina: Ah, Jared . . . He’s a real estate developer. He has very dark brown hair and eyes like dark chocolate; athletic, but slender build; around 6 feet tall. He has some baggage of his own that he’s carrying around, but, like Sarah, he’s trying to continue doing “the next right thing,” and has definitely tired of the dating scene. He’s not really looking, but when Sarah comes along, he’s conflicted. Is she an ally or an opponent?

Alexis: Describe Sarah and Jared’s meet-cute. Were there sparks? Intense dislike? What brings them together and what role do they play in each other’s lives?

Regina: Sarah and Jared meet on the boardwalk between her rental condo building and the beach. Her dog, Oliver nearly mows him down, and while he knows what she looks like, Sarah doesn’t have a clue that Jared Benton exists. Oddly enough, Oliver takes a liking to him immediately!

Alexis: What were Sarah’s first thoughts when she discovered that a house is part of her inheritance? What does she plan to do with it? Why?

Regina: Sarah’s first thoughts, when approaching the house, was "Whoa!". It was the house in her dream. As for her plans? She’s not at all sure. It’s a bit overwhelming!

Alexis: What role does Sarah’s faith in God play in this story? Tell us about the dream.

Regina: Sarah grew up in church – in this respect, she’s basically me. She received Jesus as her Savior at a young age, active in church, and when troubles come, she seeks guidance from God, not the world – at least she tries. The dream is an extension of that. The dream is of a house with many rooms to be explored, and at the end . . . well, you’ll have to read about that!

Alexis: How does Jared “see” Sarah? What does he notice about her that most people don’t?

Regina: Jared sees in Sarah a girl who has been hurt, but hasn’t let it change her negatively. She comes from a strong family background, and while he was at first suspicious of her, it didn’t take long for him to give the inheritance situation over to God to do His will in his life, whatever that might be. And then there are her eyes. Open, honest, and beautiful.

Alexis: Paint a picture with words of the small town where Sarah hails from and explain why you made her a music teacher.

Regina: The small town where Sarah grew up is a combination of the community where I grew up and the small town where I live now, but has more characteristics of my childhood home. There is basically one intersection with a four-way stop. On the four corners are a bank branch, a gas station, a grocery store, and an empty lot. Down the road is the church she attends with her family, and the school where she teaches is the school I attended in high school – where my parents and grandmother attended. The building actually no longer exists, but if I dream of school, that's the building I dream of. Sarah became a music teacher for a couple of reasons. One, I am a pianist, so I made Sarah a pianist and vocalist. Second, my husband is a teacher, I was a school librarian, and one of my best friends is a retired music teacher so I know how an itinerant teacher works. In my experience as a music student in college, all the nice little piano/vocal majors wanted to be a school music teacher!

Alexis: How does Jared’s dad’s background in the Army affect the way Jared approaches life?

Regina: Jared learned early in his life to accept what life brought him. His family moved around a lot while he was a child, so while he loves the idea of “home,” and has made this area his home, he knows from past experience that you can survive almost anything, even if it changes you.

Alexis: Describe Jared’s relationship with God. How does it affect his storyline?

Regina: Jared came to a place where he had nowhere to go but to God. When that pivotal event took place, he learned to depend on God and his mentor, Alex Crawford. It was his mentor who taught him that a Christian life is not just a life devoted to Christ, but to the church, and to the community.

Alexis: What lesson within this book are you hoping to teach your readers?

Regina: We all have hurts, habits, and hang-ups that can pull us away from communication with God. He loves us so much that he gave his only son to save us, so how can we not trust Him?

Regina: Inspirational Romance is what I love to read, whether it be Contemporary, Historical, or Suspense. It only made sense to write what I love. When I had that dream, my mind immediately went into “what if” mode, and the result is Carolina Dream. It’s interesting that when I first finished writing the book, I couldn’t really tell you what, specifically, I wanted to relay to my readers, but in the editing, I could see God’s hand all throughout, tying ideas together with scripture and making sense of a sweet love story. I could never do this on my own!

Alexis: As a writer, what top two authors do you look up to the most? Why?

Regina: Oh my. I have so many authors that I look up to. I have many friends in the Christian publishing industry, but I have to say that there are a couple of authors, dead now, that touched me as early as my teen years. Grace Livingston Hill was my first introduction to Christian Fiction, but it wasn’t called such. She wrote sweet love stories full of conflict and spiritual guidance, many with a mystery. I loved them all. Another author that probably very few people have even heard of is Essie Summers. A New Zealand pastor’s wife, she wrote for Harlequin from 1957-1997. Before Love Inspired, she inspired. There was always a spiritual theme. When I found some of her early books in a closet at my grandmother's as a teen, I devoured them and still enjoy them. My favorite was Sweet Are the Ways published in 1965, about a writer who gives up her career in the city to “live by her pen,” and a young minister caring for his orphaned niece and nephew. There is conflict, to be sure, but the romance – oh, it is sweet!

Regina: At the end of the day, the most important thing to remember is worrying gets me nowhere because God is on the throne!

Alexis: Thanks for the interview, Regina! God bless you.

Regina Merrick began reading romance and thinking of book ideas as early as her teenage years when she attempted a happily-ever-after sequel to “Gone With the Wind.” That love of fiction parlayed into a career as a librarian, and she is currently the director of a small public library in Marion, KY.

She began attending local writing workshops and continued to hone her craft by writing several short and novel-length fanfiction pieces published online, where she met other authors with a similar love for story, a Christian worldview, and happily-ever-after.

Married for 30+ years and active in their church, Regina and her husband have two grown daughters who share her love of music, writing, and the arts.

~*~
Book Blurb: Sarah Crawford wants more from life than to attend the wedding of her ex-fiancée. When she learns of an inheritance in South Carolina, she is willing to use any excuse to get out of town. 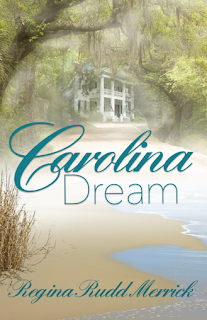 When she meets potential business partner Jared Benton, and discovers that a house is part of the inheritance, she is sure that God has been preparing her for this time through a recurring dream. But will a dream about an antebellum mansion, many rooms to be explored, and a man with dark brown eyes give her the confidence to take a leap of faith, leaving friends, family, and her job behind?