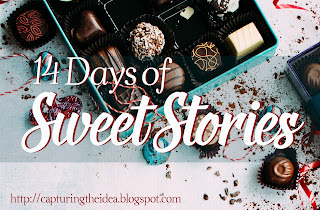 Iris Perkins is told she will be married soon to a man she despises. A chance visit by two brothers and a beautiful woman from the other side of Echo Canyon gives her hope. For Edward Sherman, venturing into Utah with his brother to buy horses is risky. He only wants to find the livestock they need and get back to Fort Bridger, until he meets a frightened young woman in need. He’ll do anything he can to save Iris, even race against the man determined to marry her. 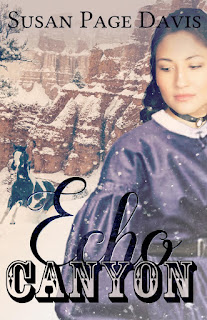 Review of Echo Canyon written by Sarah Walton (under the name “Dale Yancy” on Amazon):

I loved the character of Iris, a girl left alone in a desperate situation and being forced to marry a man she doesn’t love. She is resigned to her fate until she meets a young man who gives her hope of another life beyond what she has known. Echo Canyon is an interesting look at Mormon polygamy in the 19th century, and the fight of a young woman to chart her own course in life. Great read!

Excerpt from Chapter 1 of Echo Canyon:

Iris was nervous the day Elder Whipple came home. He avoided looking directly at her when he greeted his family, then spent half an hour in the parlor with his wife, Louise, with the door closed. Iris could hear their low voices as she mixed the biscuit dough for supper, but she couldn’t make out the words. The council had met for three days, and she wondered what decisions they had made for the community.

The Whipples’ daughter-in-law, Annie, kept the churn going. She and Iris worked in silence. No one spoke much at the Whipples’ house.

Iris wished Annie were more talkative and friendly, but she always looked frightened and tired. When Iris spoke to her, she answered with as few words as possible. Her husband, young John Whipple, was just as quiet. No one seemed happy here, and Iris thought the dry, bleak land drained them of life and joy.

The door to the parlor opened, and Elder Whipple stepped into the kitchen. He walked over to Iris and stood for a moment, watching her knead the dough. “You’ll be going to Brother Zale’s place tomorrow.”

Iris found it suddenly hard to breathe. She looked up at his bearded face. “I don’t understand.” Hadn’t she pleased them here? She’d worked hard. She didn’t want to be shuffled off to another family that might not treat her as well. She didn’t know the Zales, and they might be farther from the mainstream of communication within the sprawling community of Saints, making it harder for Iris to seek out news of her own family.

“The men who went looking for your father’s outfit returned yesterday. They didn’t find any trace of them. It’s been three months since they set out, and nothing has been heard from them, Miss Perkins. The council is assuming the party is lost.”

“That’s the conclusion they’ve reached. It could be hostile Indians, or lack of water … It could be anything. The search party traced them about sixty miles southwest, but after that the ground was rocky. They didn’t find any more evidence of a camp or anything like that.”

She gulped and met his level gaze. “Or a struggle?”

Iris nodded. It was so stark, so unsatisfying. This was her father they were talking about! Her brother, too. They had left with three other men at the end of May, to seek out ore deposits for the good of the community. Lead was needed, and iron, and of course anything more precious. They were to have reported back in a month, with a map of the places they had been, showing the location of any minerals or other features of interest to the Saints.

“You need to be incorporated into a family, Miss Perkins.”

“But I—” She hesitated, looking up at him cautiously. “Couldn’t I stay here as part of this family, sir?”

He sighed. “The council feels it’s time you were wed.”

She caught her breath. “But my father—”

“Your father is likely dead, Miss Perkins. Others must make decisions for you now.”

Iris tried to swallow the huge lump in her throat. “Please don’t do this. At least give them more time. They might have been delayed, or lost the trail, or gone farther than they anticipated if they were finding promising ore samples.”

Elder Whipple shook his head regretfully. “I’m sorry. My wife and I would like to keep you on, but it’s impossible. Most young women your age have been married two or three years. It’s your duty, my dear.”

A gentleness crept into his tone at the last, and the heat of a flush crept up Iris’s neck. She had often felt the elder’s eyes upon her as she worked and had decided he meant no harm. He and Mrs. Whipple did insist that she put in long days, but that was necessary, and it was expected of all.

“I could serve you and Mrs. Whipple for a while longer.”

He shook his head. “I’m sorry. It’s not possible.”

Why not? she wanted to cry. But she held her peace. One didn’t talk back to the elders.

Was it possible Mrs. Whipple wanted her gone? Iris had maintained a formality with her host and his son, so that no thoughts of impropriety could arise. Was her work not enough? She did far more than Mrs. Whipple each day. The older woman was worn out. She moved slowly and plugged away wearily at her housework and gardening. Annie did her share, but she was slowing down now, with a baby coming in the late fall. Iris could be a lot of help when the little one was born.

“I’ll take you there tomorrow,” Mr. Whipple said. “Be ready at first light.” 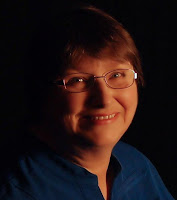 She’s a winner of the Inspirational Readers’ Choice Award, the Carol Award, and the Will Rogers Medallions, and a finalist in the WILLA Awards.

A Maine native, she has lived in Oregon and now resides in Kentucky.

SaveSave
~*~
Enter the book giveaway contest for your chance to WIN a copy of this book by filling out the entry form on the Rafflecopter widget below: