Welcome Ada Brownell to the blog today! She's a familiar face who wants to share news about her new novel, Peach Blossom Rancher.

Ada's novel is an inspirational historical romance and it will be FREE from Nov. 20 to Nov. 24 on Amazon! Read Ada's post below about why she wrote this book. 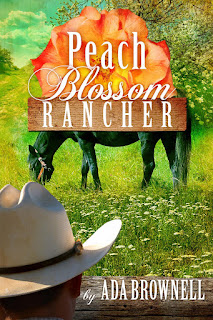 Book blurb for Peach Blossom Rancher: A handsome young man inherits a ranch in ruin and hopes to bring it back to its former glory and also marry a beautiful young widow who is an attorney. But she takes up the case of a brilliant doctor committed to an asylum because of one seizure. Will the rancher, the attorney, and the asylum patient achieve their dreams?

When you've written a novel and there’s unfinished business for some of the characters, you write a sequel.

Tall and handsome John Lincoln Parks is Jenny Louise Parks’ brother. Jenny is the leading lady of The Lady Fugitive. John set the example for Jennifer for running from abuse, actually his Uncle Danforth Shuster’s whip. John ran off in the night when he and the uncle had an argument over whipping horses and John’s back became the target.

Their parents were dead. The uncle, a judge, took over the ranch since he’d gambled away his home. John grabbed his half of the money their mother hid for them and hopped on a train for Minneapolis, where their mother’s sister lived.

He thought his twin sister would be safe. John barely noticed how she’d grown into a young woman and the judge kept looking her over. Sick because of his father’s death and the uncle’s maneuvering to get the ranch, John didn’t see it and fled to safety.

Jenny had more trouble escaping and didn’t dare share her fears with her aunt because of her friend Bellea’s experience when she was compromised by her employer’s son. No one, including Jenny’s aunt, would believe the girl’s story. Her employer threw Bellea out, even though her whole family had died in an epidemic. She had nowhere to go.

So in Peach Blossom Rancher Bellea shows up in John’s barn about to give birth. The judge is dead (murdered), and John has inherited the ranch. Jenny fell in love with a young Christian peddler and at her wedding John walked one of Jenny’s friends, Valerie MacDougal, a homesteader who had a law degree, down the aisle. John was best man. She was matron of honor.

John never forgot Valerie and since they exchanged addresses, they correspond, waiting until her mourning period if over before a courtship.

But Valerie being an attorney causes complications. An attorney working in Valerie’s father’s legal practice wants her to join him in helping to defend Dr. Dillon Haskill, a young physician, in court. Their goal is to help him be released from the asylum. He was committed because one seizure.

All these dangling stories beg to be told, so I told them in Peach Blossom Rancher.

I worked on a peach/horse ranch in my youth, and I covered a former asylum on my beat as a medical reporter for The Pueblo Chieftain in Colorado. I was given information and told much about the early years of asylums and the treatment of mental illness, interviewed mental patients, psychiatrists, psychologists, psych techs, and even the psychiatrist who determined whether a patient, usually a murderer from the forensic division, was insane at the time of the crime.

It was quite disturbing to learn some of the problems and conditions that could get you committed to an asylum in the early 1900s, the era of this historical romance.

But they’ve learned much about mental illness since. Yes, they still occasionally do shock treatments, but they are computerized to prevent bad side effects. Medications adjust chemicals in the brain that cause thought disorders, etc., and counseling and other treatments sometime help.

This book, however, is not about mental health treatments or how to raise peaches, but about some interesting characters you’ll love meeting. You’ll enjoy sharing their lives for a time. Not everyone has a serious problem, but all are fascinating.

Here’s what one my editors said: “I want Polly to live near me. Not just for the food, which made my mouth water, but she made my spirit sing too. I feel my absolute faith a little stronger after living with her and Abe this week.” – Deidre Lockhart. 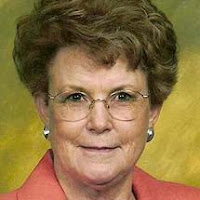 Ada Brownell, a devoted Bible student, has written for Christian publications since age 15 and spent much of her life as a reporter for The Pueblo Chieftain in Colorado.

She also is a veteran youth Christian education teacher. After moving to Missouri in her retirement, she continues to write books, free lance for Sunday school papers, Christian magazines, write op-ed pieces for newspapers, and blogs with stick-to-your-soul encouragement.