If you want to win a copy of "Love Letters" (Summer's debut album), enter the music giveaway contest by selecting the link to yesterday's post with Summer.

Enjoy this continuation of your visit with Summer! :)


Alexis: Do you write all of your own songs on “Love Letters”?


Summer: Yes, every single one. (The songs started as journal entries)

Only one song on the album, “I Need You” was actually inspired by Vincent the producer. He was kind of playing around in church one Sunday and he heard a melody and he told me, “Hey, I think you should write to this” and I’m like “Okay.” So he starts playing a sexy melody and remember, Vincent produces but he’s also an R&B artist. So when he’s playing it for me, I start singing the words that I heard I my head and I literally thought that we were writing a song for him or one of his R&B friends.

So I had to go home and kind of reset how I was viewing the song and I actually got Scripture for that one. So if you hear it, the second verse references that Scripture about “One thing have I desired of the Lord…” (Psalm 27:4). But getting in the Word and really praying about it helped me to sing the song anew and it’s often one of people’s favorite on the album. I’m so glad that I was able to get past my initial blinders on that song and really cry out to God because you know, we really do need the Lord. The song becomes a plea to God like, “I want You. I really need You.”

Alexis: What is your dream for “Love Letters”? What kind of impact do you hope that it will make on your listeners?

Summer: One of the things that I’m hearing about the album from many different kinds of people already—it’s only been out for a couple of weeks—is that the music is universal. I completely embrace that, because when I was creating the album itself and even when we were trying to figure out the sound of the music, we didn’t try to fit the music into any one genre.

The producer I worked with, his name is Vincent Richardson “V.Rich”, he’s amazing and both of us have very musical backgrounds. We enjoy classical music. I like folk. I like country. I like Contemporary Christian. He’s an R&B artist. There were so many different influences coming together between the two of us in the room and we didn’t fight against that at all. So the beauty of it is that now is that it’s created a project that people from all walks of life, different age groups, different ethnicities who have been exposed to different things can grab a hold of the music and I love it.

One of the Scriptures on my vision board is Matthew 28:18-20, The Great Commission. God’s sending us out in the world to make disciples for Him and I’ve felt that was part of my calling for a long time. So I now have a project that can reach beyond my borders to places that I may never ever be able to go physically. It’s a dream come true and I believe it’s what God intended and that’s what I want for this project. I want it to get out to the far corners of the world. I want people to be inspired and uplifted and healed.

It’s a challenge like I mention in the song “Release” to forgive, especially when someone has wronged you and they haven’t even apologized for it. They might even not feel bad for it. But it’s worth taking the challenge. When you really pay attention to the effects that unforgiveness and bitterness has on you physically, mentally, emotionally, it is so much better to rise about that and let it go.

Alexis: Who are your role models in the music industry? Name the top three and explain how they’ve influenced your life as a musician.

Two, I think CeCe Winans and a lot of people who listen to CeCe think that I remind them of her. She has a gorgeous voice. I’ve listened to her from the time I was a kid. But also I love her spirit and she’s maintained such a beautiful demeanor, reputation. She’s had quite a career. I love how CeCe has been able to put music out that can reach a lot of different people. She’s a big inspiration!

Kirk Franklin is similar to the prior two with the extensive career. I call him the Modern Day David (A person mentioned in The Holy Bible) because David wrote all of the songs. He’s an incredible songwriter and I respect his craft so much.

Jonathan McReynolds is a newer artist. I feel in love with his voice the first time I heard his voice on radio and immediately started watching on YouTube everything that was related to him. I bought his album and could not stop playing it. My kids were like, “Mommy, enough!”

He not only has a gorgeous voice, his songwriting to me is just so beautiful! It’s so real and it reaches down into me in ways that not everybody’s music does.

He’s also an inspiration because he’s one of those people who paved the way in Christian music when they don’t quite fit. He’s Black but he doesn’t fit into gospel music completely. He’s not necessarily Contemporary Christian in terms of what we would typically define as Contemporary Christian. He’s just creating the music that makes sense to him like what God gives him and I love it! There’s jazz in there, there’s rock in there, there’s so many great things in there!

Alexis: Tell us about how you made your first music video.

Summer: Heartfelt Pictures, which is a production company run by Denton Adams, produced the music video for me. His wife Nina did my makeup for the video. It was a phenomenal job and I was just so blessed because I didn’t have to ask for it. God literally put it on his heart to do a video for me and there will be more coming.

*...to be continued, Part III of this interview with Summer will be posted tomorrow (Oct. 7) to conclude this three-part interview series.
~*~
Singer bio: 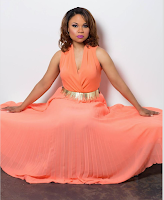 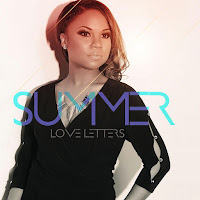