If there were a song suited for Mimi Milan’s novel, Twice Redeemed, it would be “Unredeemed” as performed by Selah. The song is about broken places in the human heart and how God’s love can heal the deepest hurt. The lyrics of that song encourage the listener with a message of how when you lay your brokenness before the Lord, He can restore you. Selah says that with God in the picture, your pain will not be unredeemed.

Twice Redeemed: The Jericho Resistance (Book 2) is a beautifully written story about Mercedes Nobles, a woman who endures abuse at a saloon in Jericho. She’s helped other saloon worker women escape but is not able to save herself.

Enter John Durbin, a former law enforcement officer who still lives with integrity and honor. He’s determined to rescue Mercedes from a disgraceful and abusive fate. He rides into town like a knight in shining armor. Obstacles stand in the way of his goal to save Mercedes. During this rescue mission, they fall in love. But there are more roadblocks to their budding romance, including a secret that Mercedes keeps. It is a secret that once told, could change everything.

This novel touches on human trafficking and tugs on the human heart. The author, Mimi Milan, is a master storyteller. She invites the reader into her fictional story world set in Mexico and drops them into the scene of action. The reader experiences the story as if they are an observer watching the story of Jericho unfold. As they turn each page, the readers become invested in the plot, grow fond of the good characters, want to silence the bad guys and care deeply about how the story ends.

The author drives the characterization deep and paints a picture on every page. The descriptions of each setting are vivid and believable. The dialogue is engaging and fresh. The plot thickens with the turn of each page and the theme of God’s grace moves forward this story of redemption.

I believe that this story is worth every bit of a five-star rating. It’s worthy of winning a literary award. I recommend this to any reader over the age of 18, who wants to experience a tale that’s a beautiful tapestry of God’s passion for redeeming His children.

*Alexis A. Goring received this book for free from the author and Celebrate Lit, in exchange for an honest review. 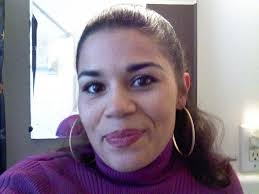 Mimi Milan spent two decades scribbling away in notebooks before realizing that her life’s calling was to write. So she returned from Mexico and attended the University of North Carolina at Charlotte, majoring in Creative Writing and minoring in Film.

She currently resides in the suburbs of Charlotte, making time for God, family, and imaginary friends. 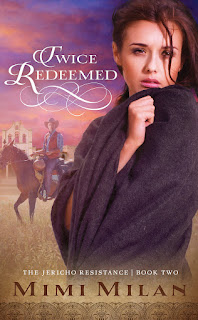 Who will save her from herself?

After helping another girl escape, Mercedes Nobles suffers unspeakable abuse at Jericho. So when an American cowboy rides into town, she jumps at the opportunity to start a new life… even though she carries a secret that could destroy any chance of happiness for either of them.

John Durbin may have turned in his badge, but he still believes in living by a code of honor. That includes returning to a seedy Mexican saloon and rescuing a woman who helped his friends escape. However, the tables turn and he finds himself married in name only.

Struggling with cultural differences, they questions if their marriage will survive. Will John sacrifice his faith to make his new bride happy? How will Mercedes redeem herself when John learns of the secret she’s hiding?

Participate in the book giveaway contest to WIN a copy of Mimi's book! Follow this link...