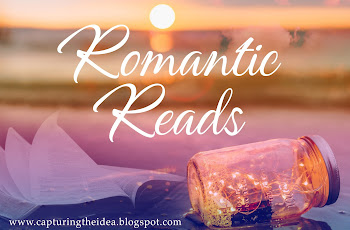 The Story behind the Heartfelt Romance stories
Runaway Romance and Follow Your Heart by Miralee Ferrell
A number of years ago, my editor with Summerside contacted me, saying they were in desperate need of a book set in Sundance, Wyoming, for their Love Finds You line, and asked if I had sold one that I’d written yet. I said no, but my agent was shopping it as a three-book series.

Long story short, their contracted author had some kind of setback, and she was unable to fulfill the contract and turn in the book on time. They offered it to me, but at a lower rate than I or my agent wanted to accept. Finally, I reluctantly decided to move forward and give up my plan of using it as the first book in a new series. After all, I’d first written it thinking it might be a good fit for the LFY line.

The book was published in the late summer of 2011, a very fast turnaround time. A couple of years later, I got word that a Hollywood production company had optioned several of the LFY titles, including mine set in Sundance. Three Love Finds You movies were made and aired on the UP Channel over the next two years, but nothing more was said about Sundance.

Then, in 2015, I received an email from Chevonne, the associate producer who had made those movies, followed by a phone call. Imagine my surprise when she asked if I’d be willing to write a book for them. They were no longer producing the Love Finds You books into movies and were working on a totally different project for UP, a possible three-movie series, and she hoped I might be able to work with them. As anyone would be, I was curious as to why she’d chosen me.
Chevonne explained that she’d optioned Sundance two or three years earlier and loved it. Of the thirty-five or so titles she’d read of the line, that was her favorite. However, UP didn’t want to make historical or Old West movies, so she’d had to shelve it.

During that time period, I’d gotten my rights back to all of my LFY books and had retitled them Finding Love in Last Chance, California; Finding Love in Tombstone, Arizona; and Finding Love in Bridal Veil, Oregon. Love Finds You in Sundance became Outlaw Angel, and all four are still in print.

Here’s the amazing part: I came very, very close to turning down that contract offer with Summerside for Sundance. I was disappointed in the advance and royalty rate, and shortly after they released it, they sold the line to Guideposts, and that company didn’t continue the line much longer. Understandably, sales waned on their final releases. I was disappointed with my sales from that final book as all three of my others had done quite well.

For a long time, I wished I hadn’t taken that contract and held out for one with another company for a three-book series. However, had I done that, I doubt Runaway Romance or From the Heart would ever have been written. It was Sundance that grabbed Chevonne’s attention and caused her to contact me.

Since then, I’ve been blessed to get to meet Chevonne and her husband George (the producer) a couple of times, and we’ve developed a friendship. We chat often on the phone or email, and I’ve been able to help brainstorm several projects. Right now, we have three movies that have been filmed, and two of them, From the Heart (aired on Hallmark in early 2021) and Finding Love in Mountainview (based on the book Finding Love in Bridal Veil, Oregon) will release later this year on Hallmark as well.

I am currently working on Finding Love in San Antonio, only I’m writing that one with a good friend and new co-author, Kimberly Rose Johnson, for possible release with Hallmark in 2022.

God has indeed blessed me, and He’s allowed me to learn so much that I didn’t know about the movie industry—it’s a ton of work, it moves very slowly, but it contains wonderful people who I’ve loved getting to know. 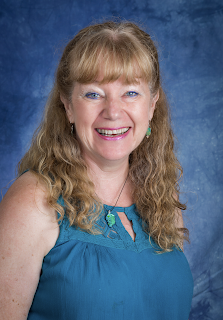 Her most recent novel, From the Heart, released in October 2020 as an ebook/and print and on The Hallmark Channel. She is the owner and publisher at Mountain Brook Ink, as well as the speculative line, Mountain Brook Fire, a traditional house in business since January 2014.

She is also the lead acquisition editor at MBI and loves encouraging debut authors. Miralee lives in the Pacific Northwest with her husband, two black cats, sixteen chickens, and one very spoiled little dog.

When a reality TV star meets the reality of life, will it be her downfall or her salvation? 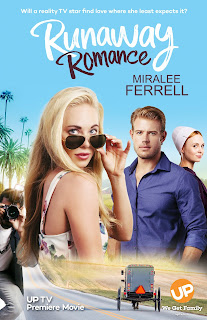 Ann Stanway had it all—a starring role in a reality show, an adoring boyfriend, and a sparkling future with limitless possibilities. Until the rules changed and the life she’d thought was real no longer existed. Leaving L.A. seems like her only option, and she lands in Kentucky at a quiet Amish inn—as far removed from her past as possible.

Now she knows what was missing in her life—peace, true friendship and, dare she hope, a man who accepts her for who she is—or at least who he thinks she is.

Hunter Lewis is intrigued by the new woman staying at his friend’s Amish inn.

Annie appears to be what she claims, but she’s secretive and won’t open up. He’s been burned by a woman before and can’t tolerate deception. But his interest in Annie is growing, and the attraction seems to be mutual—until something happens that makes Hunter question everything he’d thought was real. Dare he risk his heart, when he’s certain Annie is keeping secrets?

Can their new romance withstand the pressure, or will Ann choose to run again?

~*~
Buy Runaway Romance on Amazon or Barnes and Noble

Can they give first love a second chance? 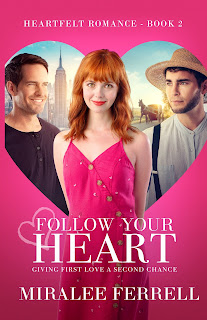 Kathy Yoder left her Amish community ten years ago and became a successful travel guide writer, which took her to exotic places around the globe. Her personal life includes a man back home who adores her and wants more than friendship, and a career she could only have dreamed of as an Amish teen.
Everything seems great until a phone call comes out of the blue. The sister she hasn’t spoken to for years leaves a message telling her their father has died. The call comes too late, and Kathy missed the service—and it appears, her sister doesn’t intend to forgive her for that, or for leaving all those years ago.

Isaac Mast has never forgotten his first love, Katrina Yoder. When she comes back to settle her dad's affairs, he’s reminded of his life before Katrina left the Amish community. However, a lot has changed. He married, had a daughter, lost his wife, and his life moved on. He’s committed to his Amish community, but Katrina is an Englischer, with both feet firmly planted in the modern world.

When a revelation about Isaac comes to light, Kathy decides to take things into her own hands. Will her decision destroy even the friendship they once had, or possibly bring them together?

~*~
Buy Follow Your Heart on Amazon or Barnes and Noble