Devotionals for the Heart: When God has more in store for you 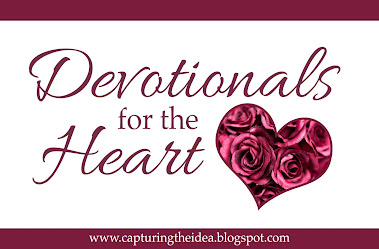 What if God Wants More for You?
A devotional by Temeka Borden
“Now all glory to God, who is able, through his mighty power at work within us, to accomplish infinitely more than we might ask or think.” – Ephesians 3:20 (NLT)

A few days ago, I recorded a video for a select group of individuals. During that video I spoke about Peter and John healing a man who was lame, and I referenced Acts 3:1-10 (NLT).

In this Scripture, you can read how this man was “lame from birth.” People carried him and “put him beside the Temple gate, the one called the Beautiful Gate, so he could beg from the people going into the Temple” (Acts 3:2 NLT).

When this man who was lame saw Peter and John about to go into the temple, he asked them for alms. Peter then told the man, “Look at us!” The man looked at them expecting to receive some money. But instead, Peter said, “I don’t have any silver or gold for you. But I’ll give you what I have. In the name of Jesus Christ the Nazarene, get up and walk!”

Let’s read what happens next in Acts 3:7-8a (NLT): “Then Peter took the lame man by the right hand and helped him up. And as he did, the man’s feet and ankles were instantly healed and strengthened. He jumped up, stood on his feet, and began to walk!”

The man stood up and walked into the temple with Peter and John, while praising God. In Acts 3:10, it is stated that the people were filled with wonder and amazement because of what happened.

When God Wants More for You
When I read and reflect on this story, I always ask myself, “What if God wants more?”

The man who was lame asked Peter and John for alms, not realizing he was about to receive something a million times better–a complete healing, an ability to do something he had never done before. Think about this! We go to God in prayer, and at times, we ask Him for things, according to what we (the flesh) want or think we should have. Some of us may even take those steps of trying to make some things happen without consulting God. Quite often, we don’t realize that God’s plans and blessings for us are greater than we imagine.
Don’t Withhold Praise from God

I just cannot skip the following very important part of the story. Note that in Acts 3:8 (NKJV), it is stated that the man who was once lame praised God! “So he, leaping up, stood and walked and entered the temple with them—walking, leaping, and praising God.” He was not ashamed. He was not shy about it. He was overjoyed and He praised the Lord for this miraculous act that was done. We should not withhold our praise from the Lord. When God does something for us, we should not be shy about praising Him.
The Way God Blesses You Will Amaze People

In Acts 3:10, it is stated that the people were “filled with wonder and amazement at what had happened to him”. This man who was lame from birth, can now walk? But not only is he walking, he is leaping! The Lord made it obvious what He can do by healing the man who was once lame. What has God done in your life that has amazed people?

Expect More
When we pray, let’s ask God’s will to be done, and let us not be limited in our thinking. God has plans to do extraordinary things through us. What He has in mind may be different from what your mind initially conceived. Although God’s goals for you may be different, what He has planned for you is better. It is more.

Temeka Borden, better known by her pen name “Positivity Inspires,” is an author, speaker, minister, PharmD, multi-state licensed pharmacist, founder and owner of Positivity Inspires, LLC, and most importantly, a servant of the Lord. 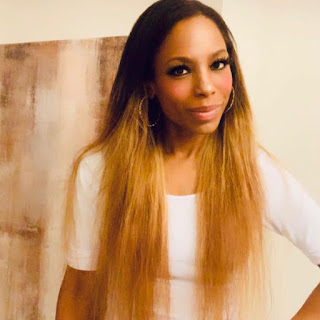 She was introduced to Christ at a very early age and was raised in the church. Her ministry focuses on encouraging Christians to love God first, to love all people, to continually strengthen their bond with Christ, and to study His Word, and live His Word daily.
​
Dr. Borden has been blessed with a variety of gifts, and she has gained much professional experience in a variety of settings. She also has served in administrative roles in the professional and church settings. In addition to obtaining her PharmD, she also obtained her bachelor’s degree in biology (minor in English), and she is working on her third degree. What’s more, as stated in her words, “I completed a specialty pharmacy residency that prepared me for the workforce and made me a force to be reckoned with.”

Temeka is a long-distance runner, a drummer, a singer, and she has a strong “fashion sense.” She also can read and type at almost supersonic speed in some instances.

Dr. Borden loves to learn and is constantly looking for new ways to challenge herself.

She loves God and she loves people. She is “crazy about her family,” and she adores her friends. She strongly encourages others to show kindness, respect, and love to everyone.

Dr. Borden loves to laugh and loves to make other people laugh. She also is passionate about giving back to the community. Her favorite sayings are “Speak Up!” and “Watch God Work!”