Romantic Reads: The Beauty and the Throne (book) by Sara Nicole 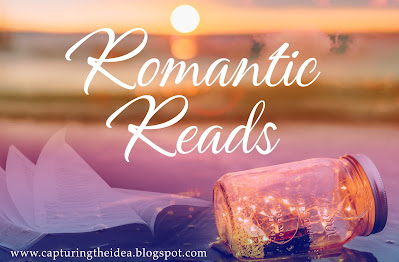 Welcome Sara Nicole to the blog! She's here to share an excerpt from her book,

The Beauty and the Throne.

From Chapter 18 of The Beauty and the Throne by Sara Nicole, copyright 2014:

“Here,” Jonathan said, changing positions. “I have a better idea.” He skated in front of her again, facing her. He switched her grip from his arm to both his mittened hands. “Ready?” he asked.

Elise looked confused. “What do I do?”

“Skate.” He grinned at her as he began to skate backwards.

She shook her head, but followed him, gripping his hands for balance. Jonathan could not stop grinning. This had been a great idea. He liked being so close to her, and he liked feeling her hands in his - even through two pairs of mittens. He had to remember to take his eyes off her and glance behind him to be sure he did not lead her into a tree.

“Did you and your brothers skate on this lake a lot as kids?” Elise asked.

“We did. Most of our summers were spent in Venetia or Viridia, but Father loved coming here in winter. Many a snowball war has been waged on the banks of this lake.”

Elise laughed. “I can imagine.” She was slowly gaining confidence, standing straighter and gliding more smoothly, looking at him rather than at her feet. “And what about Diane?” When Jonathan arched his eyebrow, she elaborated, “Was she victim, participant, or spectator to these wars?”

Jonathan laughed. “Oh.” He considered. “Something of all three. It depended on the day, I suppose. She joined in often enough, but she stood on the sidelines when we became too, um, competitive.”

Elise tilted her head charmingly. “And what about victim?”

Jonathan shrugged nonchalantly. “She may have been the victim of an ambush once or twice…” He loved Elise’s laugh.

They hardly noticed the passage of time. They spent all afternoon on the lake.

Eventually, Elise grew tired and wanted to rest. Jonathan offered to escort her back inside, but she insisted she was not ready to go in yet. She just wanted to rest from skating for a little while. Jonathan skated with her to the edge of the lake and found a fallen log for her to sit upon and rest. At her insistence, he skated back onto the lake. She challenged him to show her his skating skills. And he did. He could not say no to the mischievous gleam in her eye as she asked him to do it.

There came a moment, however, when he turned toward her, and she was gone.

The tracks were leading him toward some frozen weeping willow trees. Jonathan slowed, wary. “Elise?”

“Over here!” her voice merrily sang out.

At least she was not hurt. Jonathan picked up his pace. “Where are you?” he called again, hunting after her footprints as they circled the edge of the lake. She did not answer. “Elise?” Goodness, had she circled the entire lake? Her tracks kept going, through tall grass and frozen rushes, around trees… Jonathan kept his eyes open, slipping instinctively into hunting mode.

But he did not see the white snowball until right before it smacked him in the face.

“Ambush!” Elise cried out. Another snowball flew toward him.

Grinning, Jonathan ducked it. He scooped up some snow and lobbed it toward his wife. She ducked behind a tree and giggled as his snowball splattered on the trunk.

They continued the fight a few minutes more, then Jonathan came up with a plan to win it. He made several snowballs and waited for just the right moment. Right after Elise narrowly missed his face with a white missile, he began his assault. Elise dove behind the tree as his snowballs came flying toward her. He ran toward the tree, continuing his barrage to keep her hiding behind the wide trunk.

He ran out of snowballs, and she pivoted around the tree, snowball ready. He tackled her into the snow. She screamed and laughed as their snowball fight turned into a wrestling match.

Jonathan loved seeing the fire in her eyes as she tried to shove him into the snow. She was a fierce little woman.

Her hair was frosty by the time they declared a truce. They brushed the snow off their clothes and began clomping through the snow back toward the manor, ready for a fire and warm drinks. But as they walked, they passed under an opportunity that Jonathan could not pass up, truce or no truce.

She did, and he shook the tree branch they were walking beneath. A huge pile of snow fell right onto her face. “Jonathan!”

He laughed so hard his sides hurt. “Ambush!”

Elise lunged at him, laughing but trying to look angry. “We declared a truce!” He tried to fend her off, but she managed to grab a handful of snow and stuff it down the back of his coat. “So there!”

“All right! All right! Truce,” Jonathan laughed. He winced at the slushy, very cold mess sliding down his back.

He tugged off his scarf and struggled to pull the snowball out of his shirt. Elise laughed at his efforts.

Review of The Beauty and the Throne on Amazon.com:

(Note from the Author: The cover has since been updated from the writing of this review)

5.0 out of 5 stars Pleasantly Surprised!

I got this book through Amazon on the free list. I honestly wasn't expecting it to be a good book, it's an unknown author, had no reviews, and the cover didn't really capture my attention. This is one time I am glad I was wrong! I highly recommend this book to anyone who enjoys a happy ever after. While it may not be historically accurate and was born mostly of imagination, it was still a very good read. The forgiveness and growing love between the main characters was written beautifully. I also loved seeing so much family support between everyone, so rare anymore. The editing also seemed to be done well, which is not always the case when it comes to Amazon freebies. I recommend this book for anyone who has a love for fairytales or needs a break from the "heavy" reading that seems to be so popular.

A born Kansan with southern roots, Sara did not grow up loving to write. She did, however, love stories. Hearing them, telling them, reading them … Only when she could not find a story that explored the questions she had inside of her did she begin writing them. 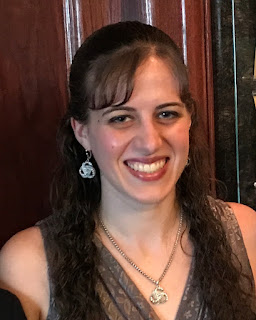 Beginning as a search into the character of God and what His love is really like, her God took over from the start and used her writing to speak to the deepest questions in her soul.
Sara does not think of herself as an author, but rather a scribe, for her books are only born from listening to God, who loves to speak truth through stories and inspires all of her books.

She uses the pen name “Sara Nicole” in honor of her grandmother, Sara Gene, who went to be with the Lord in 2011.

The most important thing Jonathan and Elise have in common is ambitious fathers who wish to see the two married. 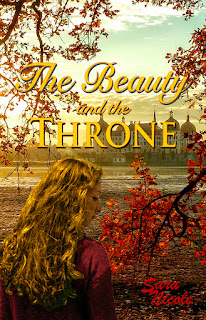 An arranged wedding later, Jonathan and Elise do not know what to do with each other. Adding to the complications, Jonathan is a prince.
Between ruling his land of Aurelia, fending off the pressures laid on him by his father, and trying to navigate the uncharted waters of marriage, Jonathan finds himself the target of assassins.

Can Jonathan and Elise learn to love before their last chance is gone?