Interview with Melony Teague about her book "A Promise to Keep" 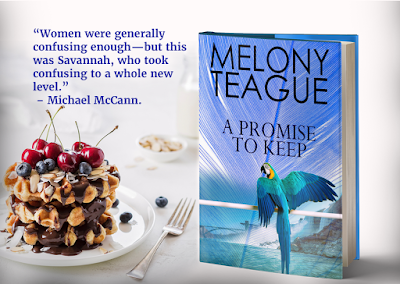 Interview with Melony Teague about her book A Promise to Keep:

Congrats on writing and publishing your debut book, A Promise to Keep! I thought it was a spectacular story, but that’s just my honest opinion! *wink*

Let’s talk about it …

Alexis: When was this story created in your imagination? Tell me about your creative process.

Melony: I started writing the book in 2018. I wanted to write about a high school reunion and all the emotions that go with that, especially a 20-year reunion. Once I’d gotten past chapter three and got a sense of who the characters were, I fell in love with them. They pretty much took on a life of their own after that. Although I had a synopsis to start with, there were some surprises, and surprise characters that demanded an entrance along the way.

Melony: I wrote this book because I wanted to be able to take people on a journey for a few hours – an escape from the messiness of life, if you will. And, in the process I hoped to write a story that would not only entertain but be meaningful.

Alexis: Tell me about the heroine of your story, Savannah Sanderson. What does she look like, sound like and act like? What are her primary passions in life?

Melony: Savannah Sanderson is a research librarian and she was born in South Africa, but is now living in the USA. So she has a South African accent (just like I do.) She has caramel colored, long hair and blue eyes. Her passions are books and reading. She hasn’t had much time for anything else since she has been a caregiver for so long.

Alexis: Tell me about the hero of your story, Michael McCann. What does he look like, sound like and act like? What – or who – is his greatest dream?

Melony: Michael McCann is a technical rescuer. He is tall, and has longish hair – just above his shoulders. He has blue eyes. Michael is, well, you’ll find out more when you read the book. And as for his greatest dream, well, you’ll also have to read the book for that, but here’s a hint: he thinks his dream is unattainable.

Alexis: Why doesn’t Savannah recognize Michael when she reunites with him right before their high school reunion, even after he clearly has not forgotten her?

Melony: Michael McCann is not the boy he used to be in high school, and most of us can relate to this. Life changes you and teaches you lessons, sometimes hard lessons. Michael is no different and he struggles with his “who I was then” and “who I am now” persona.

Alexis: What is it about Savannah that makes her completely unforgettable to Michael?

Melony: Michael and Savannah were close friends, so he remembers all the things he liked about her back when they were both teenagers. He remembers her quirky ways and her South African accent. He has to deal with some regrets from their past, and reconnect and rekindle their friendship. I love this line from Michael as he describes Savannah: “Women were generally confusing enough—but this was Savannah, who took confusing to a whole new level.”

Alexis: Why does Savannah prefer to escape into happily ever after fiction stories than face the real world and deal with people who don’t live in books?

Melony: Savannah, being widowed, is trying to protect her wounded heart and needs to grieve and heal. It’s understandable that she’d rather risk her heart on a fictional hero, rather than a real life one who might break her heart.

Alexis: What was your favorite scene to write in this story? Why?

Melony: Oh goodness, I had so much fun writing many of the scenes in A Promise to Keep, but I think the ones I loved the most is the ones with a certain character who likes to watch the weather channel and his spat with Donovan Radcliffe. I guess I had so much fun with it because both of these characters showed up and staked their claim. I like characters like that.

Alexis: If you could sit down with Savannah at your local coffee shop for a girl talk, how would you take your coffee and what would be the first topic of your conversation?

Melony: I actually prefer a latte, with a shot or two of espresso. No sugar. I rarely drink straight coffee. I’d chat to Savannah about books. We share a love of romance novels and the classics, so there would be much to talk about.

Alexis: What do you want readers to remember the most about A Promise to Keep?

Melony: In A Promise to Keep, Michael McCann says this to Savannah: “The things in my life that bring regret are not so much things I did. More like things I didn’t do. Words I should have said. Moments I should have cherished. It’s funny, but in hindsight, I see them all clearly. It’s harder to recognize an opportunity you’re missing while you’re in it.”

We can all relate to this. It’s a reminder to us as readers to enjoy every moment and be present. Regrets are often about what we didn’t do as a result of fear or for other reasons. What hits home is the fact that we sometimes don’t see the opportunities right in front of us and we are always looking ahead, searching for that elusive thing that will make us happy. Sometimes, we already have it. I think we can learn from Michael’s mistakes.

Melony: In closing, I’d like to say thank you for hosting me here! I hope readers will be inspired when they read the book, and I look forward to hearing from readers.

Melony Teague writes contemporary romance with a dash of humor, she loves to inspire and motivate others through her written words, and she believes everyone has a story to tell. 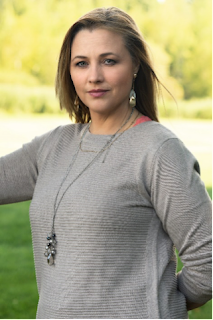 Melony is a member of American Christian Fiction Writers, and she is the co-author of As the Ink Flows, a devotional for authors.

Melony was born in South Africa and now lives in Toronto with her handsome husband, their two teenagers, and does the bidding of her two adorable cats.

Research librarian Savannah Sanderson wants nothing more than to escape into her happily-ever-after novels with their larger-than-life fictional heroes. 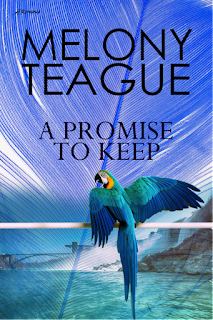 But a promise to her late husband has her attending her dreaded twenty-year high school reunion, drinking ghastly punch, and taking desperate measures just to keep her vow, even if she has to hide behind the décor to do it.

Once a reckless troublemaker, Michael McCann fled town after graduation. Now a professional technical rescuer, he’s back for the reunion, but on his trip down memory lane, he soon comes face to face with unresolved issues, namely Savannah.

Before the night is over, a pact between these two old friends will lead them on an adventure into uncharted emotional territory where Michael must confront his past regrets and find the courage to reveal the truth. But can Savannah fly from her sheltered nest and risk her heart on a real-life hero?