Thankful Thursdays: Answered prayers after years of waiting on God 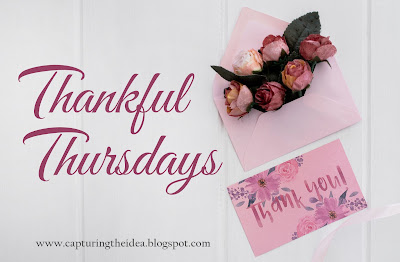 I don’t know where to begin with this blog post to tell my whole story and keep it under 1,000 words. Perhaps I will write a longer blog post sometime in the future but for today, I will keep this short and sweet.

Ya’ll, I have a testimony to share about how God answered my prayers!

My undergraduate degree is in Print Journalism. It’s always been my passion and skill set but after graduating from college and a magazine internship thereafter, it was increasingly difficult for me to land a full-time job with salary in my field of study…until this week!

Now here’s where my testimony gets long but I will try to keep it short, as promised…

After that magazine internship was over (they were not hiring full-time), God led me on a series of detours. First, I felt a strong pull from Him to get trained to become a teacher and help children. It was the same strong pull that I felt to pursue Journalism. So I obeyed and went into training in an alternative certification program that’s similar to Teach for America. However, that journey was an uphill battle and after two years of teaching, the door to having a career in Education closed.

So now that my Plan B (teaching) failed, what was I going to do?

But God had more in store! Only two months after He shut the door to teaching, He opened the door to working for a countywide newspaper! I still remember my first day on assignment. It was like the sun rising! I felt at peace, happy, productive and convinced that I was operating in my calling.

However, after half a decade of working for that newspaper, the company went through budget cuts, which meant that they had to lay off several reporters including me. So then began my search for a new job. At first, I was only looking in Journalism but then I figured that any job that paid the bills would do. So I expanded my career search but to no avail because I only landed short, temporary jobs like seasonal retail for the holidays.

Just when all hope seemed lost, God intervened. He led me to making a new friend, Kristina, who calls herself a “Writerpreneur” and set off a series of events that led me to where I am today!

Keeping it short: Kristina told me to download her FREE book and read it because of its job search related resources. So I did and in that book, there was a list of staffing agencies that represent people who are searching for jobs. The company works as an agent for the job seeker, sending job leads and working as a bridge between the client and the employer.

The agency that I reached out to, found a job placement for me immediately (literally five minutes after they interviewed me and decided to represent me). I accepted the remote job and worked on it for several months until that company decided that they want to promote within so though they replaced me with one of their in-house employees. Needless to say, I was disappointed but I chose to hold on to the fact that God has a plan. And it’s a good plan just like He promises in Jeremiah 29:11.

Let me tell you, when God moves miracles in motion, only He can take the credit because He opens doors that no man can shut.

Such was the case for me just last week (Monday, July 1 to be exact). The staffing agency called me and asked me if I’m interested in short assignment (only four days) working for a media organization that’s located in the city. I said, “Yes.” They said they would alert the employer. Then they called me less than an hour later saying that I got the job for those four days! My Mom keeps pointing out that they didn’t interview me for the job, they just hired me, so that’s a sign that God is orchestrating this behind the scenes.

Today was supposed to be my last day working for this media organization, because that’s what my agency signed me up to do.

But God had other plans! Longer story short, my supervisor called me into an empty office and told me that they want to hire me as a full-time employee! Of course, I accepted!

This whole experience reminds me of what my Grandma used to say, “God may not come when you want Him to, but He’s always on time!”

Trust me, this new job opportunity happened exactly on time! I cannot go into details and still keep this post under 1,000 words.

This is a testimony that was years in the making! I spent three full years without a new day job that provided sufficient and steady pay. My career journey has been filled with highs and lows, hopes and fears. But God knew what He was doing. He gave me the experiences I needed on those detours He sent me on to help me grow and arrive exactly where I need to be today!

I am so grateful that God is faithful!

So that is the abbreviated version of my work related testimony. Maybe one day, I’ll write a book about my journey. But for now, I’m enjoying this moment, appreciating this blessing and encouraging you to wait on the Lord.

Trust, the wait is worth it. So, whatever you’re waiting on God to do in your life, don’t give up or give in. Just trust Him! God’s timing is perfect. I can testify to that fact!

Alexis A. Goring
Founder of “God is Love” blog

P.S._ Listen to this song that’s encouraged me in my journey. It’s about taking everything – your worries, sorrows, joys and requests – to God in prayer!