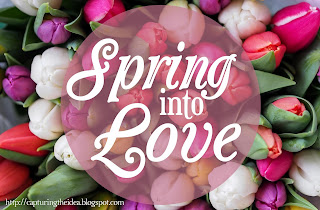 Interview with Sloane Bradley, heroine of the story, With No Reservations:

Alexis: What do you think of your author, Laurie Tomlinson? Did she tell your story well? Be honest!

Sloane: If anything, she exposed more than I was always comfortable with, but it was necessary. I could never write a novel like she does, though—too much chaos in her process for my liking!

Alexis: How many years have you been blogging, Sloane? Tell us your blog’s name and describe its significance.


Sloane: I’m coming up on my blog’s ten-year anniversary! Can you believe it? It’s called Mise en Place, which is French for “everything in its place.” It’s a culinary term for getting all of your ingredients arranged before cooking, and I always include a photo of my own mise en place at the beginning of each post.

Alexis: What is the name of Cooper’s new restaurant and why were you wary about helping him to promote it?

Sloane: His new restaurant is called Simone, named after the woman who decided to sublet her upstairs to him when he lived in France. I was nervous about helping him promote it because I knew “the stories” about him. But it was mostly getting out of my routine. I have a little problem with control, but it’s getting better.

Alexis: You and Cooper share a passionate love for food. In what ways has the kitchen (in the restaurant and at home) brought you together?

Sloane: We both speak the language of food, which gave us a common denominator when we thought we were nothing alike. Of course, we soon discovered we had much more in common with our pasts than we ever could have imagined.

Alexis: What is it about Cooper that makes your heart warmer than hot apple cider?

Sloane: He’s resilient. He’s been through so much and yet he’s constantly working behind the scenes and giving all he has. It doesn’t hurt that he’s easy on the eyes, too. And he’s a good kisser. Did I just say that out loud?

Alexis: What made you fall in love with Cooper and never want to leave his side? Where do you see your relationship with him five years from now? Details, please!

Alexis: Post Traumatic Stress Disorder (PTSD) is a serious disability that people often think only affects American soldiers who are trying to transition back into civilian life. But clearly, it affects you. When were you first diagnosed with this disorder and how do you cope?

Sloane: Yes, PTSD is something that affects a lot more individuals than people think, but I’m so glad that veterans programs have created more awareness recently so more can get the help they need. I was diagnosed when I was 16 and had discouraging experiences with many therapists and counselors, so I sought help but didn’t really want to be helped, if that makes sense. While PTSD looks different for everyone, it looks like OCD in my case. Control is how I cope.

Alexis: Paint a picture of your home studio, with words. Describe the layout, paint color(s) that coat your walls and the aromas that radiate from your kitchen.

Sloane: There’s a lot of white and clean lines. I’m a little ashamed to admit I have expensive tastes, so there are a lot of minimalistic European influences in my décor. But I do like to have a few rustic and colorful accent pieces. My kitchen always smells like butter and either garlic or vanilla, depending on what I’m making in a given day. But real, Irish butter is a must in my home!

Alexis: What are your thoughts about Cooper’s pet dog? What’s her name and how did her unconditional love help you heal?

Sloane: Maddie! I wasn’t really a dog person before I met her, but she has taught me the importance of playing. She is so warm and comforting and has this sense when her presence is needed. Do all dogs have that or just her?

Alexis: Do you have a Starbucks habit? If so, what’s your favorite fix there and how often do you drink it?

Sloane: I usually get my morning coffee fix from my home espresso machine and all the fixings I have at home. The companies I’ve worked with have been so generous to send me fun coffee products to try. But on the go, I enjoy an almond milk latte from Starbucks every once in a while!

Alexis: Thanks for the interview, Sloane! Do you have any closing thoughts?

Sloane: Thank YOU so much for the kind and thoughtful interview, Alexis! It’s been my pleasure. I hope people are inspired by this story that they can have a full and healthy and meaningful life – no matter what they’ve been through!

Her novella "That’s When I Knew" was featured in the Love at First Laugh collection, and her debut novel, With No Reservations, is now available from Harlequin Heartwarming.

~*~
Book Blurb for With No Reservations: 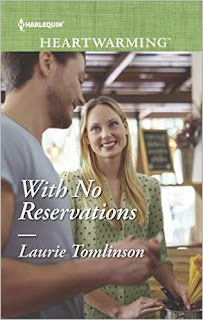 There can be more than comfort in food…

What could well-known and wealthy Graham Cooper Jr. have in common with a blogger like Sloane Bradley, a woman with secrets she's kept firmly out of the public eye? That is, besides a love of food.

Sloane still can't believe Cooper's the chef at the restaurant she's been assigned to promote. But she's boiling to prove to him that her "little blog" can put his place on the map.

She can also fall head over heels for the guy, who has secrets of his own, it turns out…except for one thing. She can't get past the post-traumatic stress disorder that keeps her walled up in her home studio.

Available for purchase on:

a Rafflecopter giveaway
Posted by Alexis at Sunday, May 28, 2017