Let's welcome our featured author today, Amanda Joy Cabot! She's a former director of Information Technology who now is blessed to be able to write stories on a full-time basis.

Amanda is here to talk about her contribution to The 12 Brides of Christmas Collection of stories, featuring her novella "The Christmas Star Bride." Here's the cover of Amanda's book: 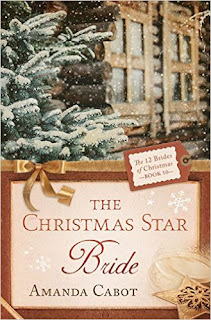 Here's the book blurb for The Christmas Star Bride:

Because love isn’t limited to the very young.

Esther Hathaway lost her one true love at Gettysburg twenty years ago, but that doesn’t stop her from celebrating her niece’s wedding by commissioning Jeremy Snyder to paint her portrait.

Will Esther's prayers for God to ease her loneliness be answered by a wounded vet?

"The Christmas Star Bride" is part of The 12 Brides of Christmas, twelve historical novellas that celebrate the joy of love at the most wonderful time of the year.

Each novella is available for download for only 99 cents.


Now on to the interview about this lovely book! *Words from Alexis are in bold, words by Amanda are not in bold...

~*~
Alexis: Tell us about The 12 Brides of Christmas story collection. How did you first hear about it? Who invited you contribute a story? What were your reasons for accepting the invitation?


Amanda: I’ve always loved reading – and writing – Christmas novellas, in part because it’s the season of miracles. For me, that makes the stories extra special, so when my agent told me Barbour was looking for Christmas novellas, I knew I wanted to send them a proposal. I feel blessed to have had my story chosen, because I understand that they received an exceptionally large number of proposals for this particular collection.

What can you tell us about your story, “The Christmas Star Bride,” (book #10 in the collection) without giving away the plot?

Stories of second chances have always appealed to me. That made writing The Christmas Star Bride a delight, since it provided the opportunity to give both my hero and my heroine a second chance. Prior to the outbreak of the Civil War, each of them was close to being married, but the war changed all that. Esther’s fiancé was killed and Jeremy’s fiancée – well, let’s just say she decided that marriage to him wasn’t in her plan. My heart ached for both Esther and Jeremy, especially since the wounds the war inflicted were slow to heal, but being able to give them a happy ending made me sigh with pleasure.

How did you create the characters for your story? Tell us how you chose their names, decided on their appearance, made their traits and flaws.

The most important thing to me when I created Esther and Jeremy was the fact that they’re older than the typical hero and heroine. I wanted to tell a story of second chances and to show readers that love isn’t only for the very young.

Esther Hathaway is your heroine in “The Christmas Star Bride.” What inspired you when writing her part in the story?

Esther’s a giver. All her life, she’s been the one who’s taken care of others – first her parents, then her orphaned niece. She reminds me of several women I know who put everyone else ahead of themselves. While those women didn’t necessarily find a happily-ever-after, I wanted Esther to have one.

What does Esther love most about her fictional life? What are her unique challenges, hopes and dreams? Does she have any regrets? Explain.

As I mentioned before, Esther’s a giver, but for the first time in her life, she has a home she can call her own, and she’s unwilling to leave it, even to stay with her niece. Her primary regret is that her fiancé was killed during the Civil War, taking her dreams of marriage and children with him.

Jeremy Snyder is the hero of this story, whom Esther hires to paint her niece’s portrait. What is Jeremy’s first impression of Esther? Does it prove to be a lasting impression? Explain.

Poor Jeremy! Though he desperately needs the commission Esther is offering him, he’s reluctant to accept it, because she reminds him of the woman he once loved. But, fortunately for both him and Esther, he’s able to look beyond the surface to see the real Esther.

Tell us about Jeremy as the hero. Describe his looks and share his dreams. What’s his backstory?

Though he’d once thought he’d spend his life as a farmer, the war changed all that. While it took many things from Jeremy, including his dream of marriage and children, it gave him a new dream: painting.

What role does your characters’ faith in God play in this fictional story?

Both Esther and Jeremy’s faith sustains them through the most difficult times of their lives and gives them the strength to face each day.

What’s the moral of the story?

That God’s plans for us are always good. His timing is not ours, but it’s always perfect.

As an author, what do you love most about writing Christmas stories?

I love the fact that, for most of us, this is the happiest time of the year. I also love knowing that for those who least expect it, it can be the season of miracles, a time to find peace and joy. It’s a pleasure to share those aspects of Christmas with readers.

I’ve enjoyed our conversation so much, Alexis. Thanks for inviting me to be part of your blog and for introducing readers to my story. I wish you and them the most joyous of Christmases as we celebrate the true reason for the season.

Amanda Cabot is the bestselling author of more than thirty novels including the Texas Dreams trilogy, the Westward Winds series, and Christmas Roses.

Amanda is delighted to now be a full-time writer of Christian romances, living happily ever after with her husband in Wyoming.
~*~
Buy Amanda's Christmas books:
The Christmas Star Bride on Amazon, B&N, and CBD
Christmas Roses on Amazon, B&N, and CBD
~*~
Connect with Amanda:
Website -  www.amandacabot.com
Blog - http://amandajoycabot.blogspot.com/
Facebook - https://www.facebook.com/amanda.j.cabot
Twitter - https://twitter.com/AmandaJoyCabot/
~*~
Amanda would like to give away one copy of her other Christmas book, Christmas Roses to one resident of the United States of America. Here's the cover of the book: 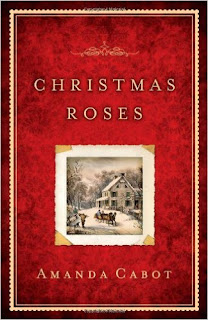 If you want to have a chance to WIN this book, fill out the entry form on the Rafflecopter widget below which will qualify you to enter this book giveaway contest:

a Rafflecopter giveaway
Posted by Alexis at Thursday, December 10, 2015