Love is in the Air: Sally Bradley, indie author of the award-winning Contemporary Christian novel, "Kept" 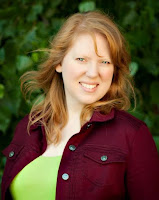 She's the author of this book:

It's received 197 reviews on Amazon.com as of today and most are five-star! Here's a classic example of reader reviews for Sally's novel:

“Vibrant characters, compelling questions, modern-day issues... Kept is a contemporary Christian classic along the lines of Redeeming Love. Impossible to put down, this story pulls us into the heart of Chicago and shows us how God’s hand can work, even when we repeatedly make the wrong choices. Sally Bradley’s voice is gripping and clear, and her debut is a shining beacon of how very relevant Christian fiction can be.” ~Heather Day Gilbert, author of God’s Daughter, Miranda Warning, and Trial by Twelve

"One of the most surprising and best books I’ve read this year."—MaryLu Tyndall, best-selling author of Legacy of the King's Pirates series

Life has taught Miska Tomlinson that there are no honorable men. Her womanizing brothers, her absentee father, and Mark, the married baseball player who claims to love her—all have proven undependable. But Miska has life under control. She runs her editing business from her luxury condo, stays fit with daily jogs along Chicago's lakefront, and in her free time blogs anonymously about life as a kept woman.

Enter new neighbor Dillan Foster. Between his unexpected friendship and her father's sudden reappearance, Miska loses control of her orderly life. Her relationship with Mark deteriorates, and Miska can't help comparing him to Dillan. His religious views are so foreign, yet the way he treats her is something she's longed for. But Dillan discovers exactly who she is and what she has done. Too late she finds herself longing for a man who is determined to never look her way again.

When her blog receives unexpected national press, Miska realizes that her anonymity was an illusion. Caught in a scandal about to break across the nation, Miska wonders if the God Dillan talks about would bother with a woman like her—a woman who's gone too far and done too much.

~*~
Sally is so nice, she provided an excerpt from Kept:

Sally says: This scene comes very close to the middle of Kept. Miska, our heroine, has just come off a really bad, no-good, awful, horrible week. She’s really close to hitting bottom—and is beginning to realize it. For the first time she’s admitting that life the way she’s doing it just isn’t working, and while this is a dramatic, somewhat painful moment for her, it’s necessary for her to face in order to change. Now she’s home after a not-so-wonderful lunch with her dad. She’s upset about something he did and has called him to let him know how she feels.

Dad sighed on his end of the phone. “You know it’s awfully hard to be a good dad when you didn’t have one yourself.”

So there it was. It wasn’t his fault, just like it wasn’t Wade’s fault or Zane’s fault that they couldn’t make a marriage last. “You know, Dad, I’m sorry you had a rotten family life. I am, because I know what that’s like.”

“Don’t throw that back at me.”

“I’m not. Honestly. But don’t you think someone needs to stand up and say enough? That it’s time to quit passing on the mistakes of our parents? Don’t you get tired of that?”

He didn’t say anything.

“I have a nephew I never see because he lives with his mom who hates Zane’s guts. And Zane thinks his son will be fine without him because he was fine without his dad. And I wonder what that little boy will grow up to be, what he’ll do to a woman twenty years from now. And all I wish is that some man out there would step in and be his dad and show him how to be the right kind of man.”

“It’s the truth, isn’t it?” She groaned. “I’m sorry. I don’t mean to rub your past in your face. I’m just thinking out loud. Wishing I could make things better.”

“Some things can’t be fixed.”

“But we can’t give up on the future either.” What did her future hold? True love? A hot, faithful man who’d love her no matter what? Could Mark be that for her?

She pushed that idea away. Dillan would be faithful to his wife, just like he’d said. She tightened her grip on the phone. “I really have to go.”

“No, Dad. I’ll talk to you later.” She hung up. Already she hated some woman she didn’t know, some woman who’d end up with a crazy-tall, decent-looking guy who’d love her in ways Miska couldn’t imagine.

She set the phone aside. “Enough,” she whispered.

Nothing changed. Mark was still coming back. And Dillan—

Dillan would never look at her again.

~*~
Author bio: Sally Bradley writes big-city fiction with real issues and real hope. A Chicagoan since age five, she now lives in the Kansas City area with her family, but they still get back to Chicago once in a while for important things—like good pizza and a White Sox game. Fiction has been her passion since childhood, and she’s thrilled now to be writing books that not only entertain, but point back to Christ.

~*~
Buy Sally's book:
Kept is available for purchase on Amazon and Barnes & Noble.