Love is in the Air: Is Falling in Love An Unavoidable Dive?

Today's special guest married the man of her dreams when she turned Sweet 16. True story, Ada became Mrs. Brownell on her 16th birthday!

You'd think a couple who share such a remarkable life story would have good advice to share about matters of the heart. So today, I invited Ada to share her story and invite your mind to ponder the whether or not falling in love is unavoidable.

~*~
Is Falling in Love An Unavoidable Dive?
Written by Ada Brownell

I’ve studied and written about love many times, but writing my historical romance, The Lady Fugitive, was an exceptional experience. As with my own, that love takes a while to burst into full bloom.

Truth is, I wasn’t looking for romance when for some reason I caught the eye of my future husband. He’s my brother-in-law’s brother and I at almost 15 barely noticed him, except I knew several girls in our church were crazy about him. He was handsome, but nearly five years older and working for the railroad.

I was president of the youth group and busy with a job, school, and ministry. I’d had a couple of dates but I didn’t like either of the guys much. I didn’t expect romance until later. After all, a freckled redhead would never have a bunch of handsome suitors.

I’d noticed L.C. watching me before, but it was at a Sunday school ice skating party that I knew something was going on. He had taken skating lessons while in telegraph school in Minneapolis. My dad found skates at an auction for me and my brother and I spent part of every winter on frozen ponds and canals.

L.C. and I were about the only ones at the party who knew how to skate. Others spent their time wobbling on their blades and drinking hot chocolate around the fire.

This young man began talking to me as we went around the moon-lit curves in the canal. I wondered why he was talking to me. Then he asked if he could take me home. Afterward, he asked me for a date. Flattered, I accepted, but I didn’t expect love. After all, my sister was engaged five times before she married.

I didn’t know he was smitten and hunting for a wife.

That led to a year of dating, breaking up, making up, and then a proposal and engagement. But even then I broke up with him and almost refused to have anything to do with him. He wanted to tell me what to do. I wanted no part of that. Yet, he persisted and finally we married on my 16th birthday.

We’ve had a wonderful life together, have five children and have been married 62 years.

Falling in love is an act of the will. Cupid doesn’t shoot you with a poison love arrow and “twang!” you’re a goner. Love happens because of several circumstances.

1. You are around the person of the opposite sex frequently (that’s called propinquity—what happens when you are near in time and space).

2. You desire someone in your life.

3. Your God-given instincts are telling you to create a family.

4. The person will build your ego.

5. Because you decide to fall in love to create excitement in your life.

6. Because no one better is available.

7. Because you have similar interests.

8. Because you are lonely.

9. Because someone else thinks it’s a good idea.

10. Most important: Because while you were in the womb God had a plan for your lives, and your love is so strong you feel you can’t live without one another (Psalm 37:23).

Finally, long marriages happen because you decide to continue to love one another, obey God’s Word, and honor the vows made before God to cherish only each other until death—the most romantic words ever spoken. 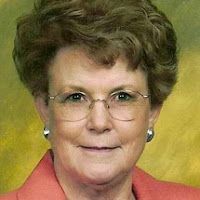 Ada Brownell, a devoted Bible student, has written for Christian publications since age 15 and spent much of her life as a reporter for The Pueblo Chieftain in Colorado. She also is a veteran youth Christian education teacher.

After moving to Missouri in her retirement, she continues to write books, free lance for Sunday school papers, Christian magazines, write op-ed pieces for newspapers, and blogs with stick-to-your-soul encouragement. 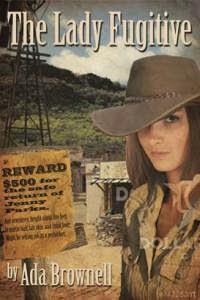 How does a respected elocutionist become a face on a wanted poster?
Jenny Louise Parks escapes from the coal bin, and her abusive uncle offers a handsome reward for her return. Because he is a judge, he will find her or he won’t inherit her parents’ ranch.
Determination to remain free grips Jenny, especially after she meets William and there’s a hint of romance. But while peddling household goods and showing a Passion of the Christ moving picture, he discovers his father’s brutal murder.
Will Jenny avoid the bounty hunters? Can she forgive the person who turns her in?