Interview with Laurie Tomlinson, author of "That’s When I Knew"

Welcome my writer friend Laurie Tomlinson to the blog today!

She's here to talk about her novella, That's When I Knew. It is part of the "Love at First Laugh" collection of novellas. 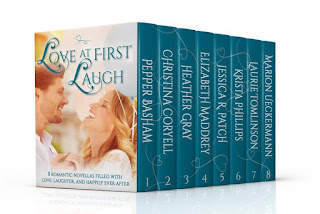 Enjoy your time with Laurie!

~*~
Interview with Laurie Tomlinson, author of That’s When I Knew:

Alexis: That’s When I Knew belongs to the book collection, “Love at First Laugh: Eight Romantic Novellas Filled with Love, Laughter, and Happily Ever After.” Your story is in company with award-winning authors. Congrats! How does it feel to be part of that box set?

Laurie: It feels phenomenal! I am so honored that they invited me, the only previously unpublished author, and I have learned a tremendous amount from them.

Alexis: What is the story-behind-the-story of your novella, That's When I Knew?

Laurie: The tiniest early kernel of story idea came from two darling neighbor kids of mine who are the best of friends. Then I figured out Chelsea’s career, and the theme unfolded as I was writing the novella and had recently read Present Over Perfect by Shauna Niequist.

Alexis: Chelsea is the heroine in this story. Tell us about her personality, hopes and life goals.

Laurie: She is spunky, tomboyish, and a bit of a hot mess, but incredibly loyal. Her main goal in life is to do right by her employees because she recognizes that she and her company wouldn’t be where they are today without them.

Alexis: Nick is the hero of this story. Describe his looks, dreams and character flaw.

Laurie: Nick has dark blond hair, blue eyes, and “a solid, muscular frame that told the story of a man who’d done some hard work.”

Alexis: Chelsea and Nick are childhood sweethearts. How far back do they go? Describe the moment when they met and let us know how they knew that they would be lifelong friends.

Laurie: They met when she was eight and he was ten, spending the summers at his aunt’s house while his parents were going through a divorce. Since she was the only other kid in their baseball group whose parents were divorced, they had this special bond beyond their years, and every time he showed up for the summer, it was like they’d never been apart.

Alexis: Describe the grown-up versions of Chelsea and Nick. What do they do for a living? What are their hopes for their careers? Do they still like each other?

Laurie: Chelsea runs an accidentally popular planner/stationary brand, torn between taking the company to the next level and staying true to herself. Nick loves working for his dad’s moving truck company but wants to bring a fresh take and help their fleet grow. When Nick and Chelsea reunite as adults, it’s…complicated.

Alexis: What kind of past mistakes is Chelsea regretting? How could those mistakes ruin her chances in career and love?

Laurie: Well, the last time they saw each other, twelve years earlier, Nick told Chelsea he loved her, and she sort of ran. She’s also made some emotional decisions that put her company in jeopardy, so she wants to make sure she’s level-headed. Nick complicates that, too.

Alexis: What was the most challenging part of writing this story?

Laurie: Oh, man. This was my first novella to ever write, and I certainly learned that it’s much different. I had to rewrite pretty much the whole thing, but it was worth it!

Alexis: What’s your favorite scene in this story? Why?

It involves breaking down on the side of the interstate and stumbling upon a homeschool Revolutionary War dance. It was so fun to write!

Laurie: How did your personal faith in God impact your telling of this story?

One of my biggest faith journeys has been overcoming the myth that I have to perform and be perfect to be worthy of God’s love, when what He really wants from me is to know Him and delight in spending time with Him. That was a major theme in this story!


Alexis: If you could spend a day with Chelsea and Nick, what would you do? Why?

Laurie: Play a game of baseball, of course, followed by mile-high ice cream cones. That’s when they are most themselves.

Laurie: Not to do life in fear like they have two strikes, but to swing for the fences because they’re loved whether they hit a homerun or strike out trying!

Alexis: In non-baseball lingo, that’s to not live in perpetual fear of failure, but to go for the abundant life God intends for us.

Alexis: It was so much fun! Thanks for hosting me and the novella collection!

~*~
Blurb for Laurie’s book: On most days, Chelsea Scott feels like her rapidly growing planner and stationery business should belong to someone else. Maybe if it did, it wouldn't be hovering near the red due to one costly decision. But the collaboration that will save her company awaits her pitch at the trade show she's keynoting. When her transportation falls through at the last minute, she accepts help from Nick Pearson, who’s unexpectedly come back into her life. 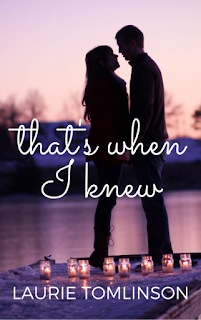 The last time Nick saw Chelsea, he told her he loved her, and she ran. Twelve years later, their lives are different, more complex than the summers they spent playing baseball and eating ice cream cones at their dock with their toes in the lake. But as they spend time together on the road, their feelings for each other become clear: all those years couldn’t take away how good they can be together.

When Chelsea's past decisions resurface at the convention, her newly rekindled relationship with Nick – and her business – are in jeopardy. Will their love be enough to keep them together or will another summer end with them apart?

Her debut contemporary romance novel, With No Reservations, releases in May 2017 from Harlequin Heartwarming.